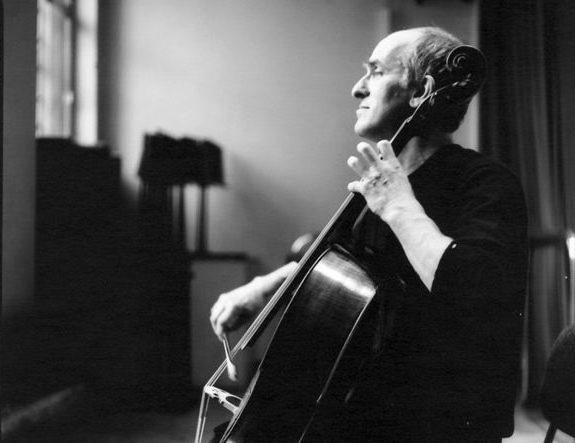 This event will take place in the Elizabeth Swann room of the University’s Music Department, a minute’s walk from the Chapel.

This event was originally to feature Julia Bishop, a violinist who specialises in Baroque music, but she is unwell.

However the buffet concert will go ahead with Sebastian Comberti (cello), who has agreed to step in at very short notice. In this evening’s lecture/recital, Sebastian will be talking about Baroque performances on the cello and playing music from that period, including pieces by Bach.

Sebastian is an old friend of CMS, having performed for us with the Baroque ensemble Continuum a few years ago. Born in London, Sebastian studied in Italy with Amedeo Baldovino and later with Derek Simpson and Sidney Griller at the Royal Academy of Music. He was a founder member of the Bochmann Quartet until 1983 when he became principal cello with the London Mozart Players. He plays with a number of chamber groups including Trio Goya and Divertimenti.

A keen interest in historically informed performance has resulted in participation with a great many of London’s period instrument groups, appearing as principal cello and soloist with the Orchestra of the Age of Enlightenment and the Hanover Band.

As a member of several chamber groups, he has recorded for CRD, EMI, Harmonia Mundi, Hyperion, Meridian, Phoenix and RCA and CPO. In April 2001 Sebastian Comberti founded the CD label Cello Classics, devoted to recordings of rare repertoire and artists, himself releasing several Cds of sonatas by Boccherini, Stephen Paxton and early 19th Century works with fortepiano, and concertos by Haydn and Zumsteeg with the OAE.

The lecture/recital will be given without an interval, and will be followed by a finger buffet with sparkling wine following the concert. We will be seeking a small donation of £5 on the evening towards catering costs and for the benefit of our musical instrument fund. Chichester Music Society
Chichester Music Society (CMS), formally Funtington Music Group, meets nine times a year at the University of Chichester. Its annual musical programme is full of variety and includes concert appearances by well-known artists and ensembles, illustrated lecture-recitals and guest appearances by international celebrities.
Event Details
0
Add to Calendar
We use cookies on our website to give you the most relevant experience by remembering your preferences and repeat visits. By clicking “Accept All”, you consent to the use of ALL the cookies. However, you may visit "Cookie Settings" to provide a controlled consent. Read More
Cookie SettingsAccept All
Manage consent