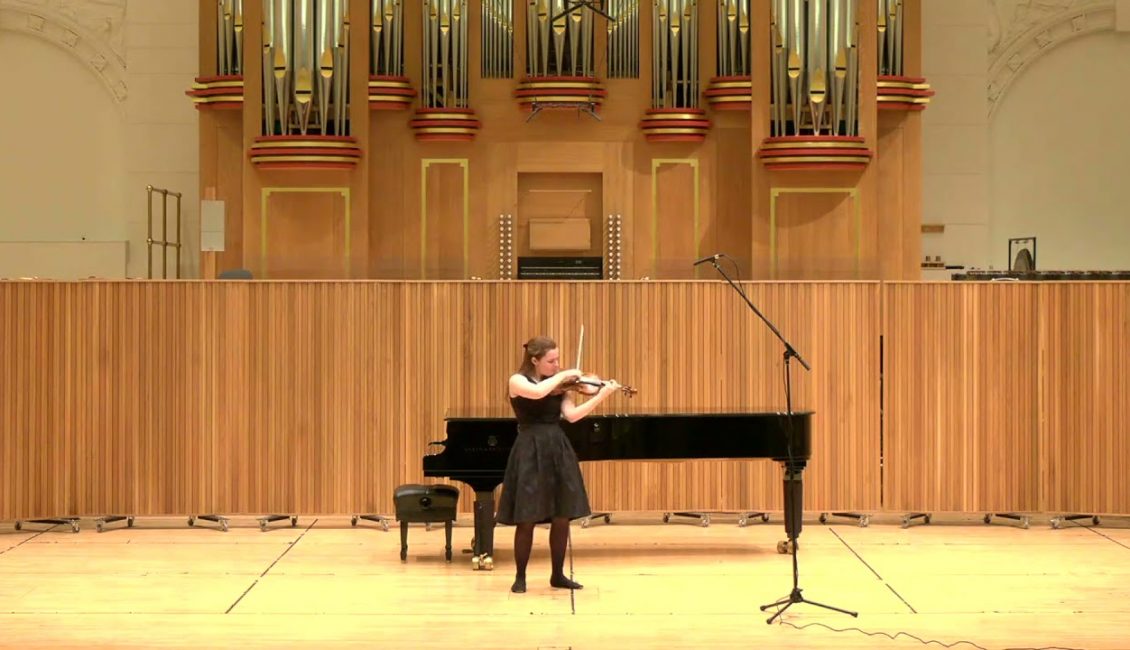 Overture “The Consecration of the House” – Beethoven

Back at Hayling at last!

HSO are thrilled to be able to bring a full orchestra programme back to HICC and it will be an evening full of joy!

Beethoven completed his overture ‘The Consecration of the House’ in September 1822 – exactly 200 years ago – and its fanfares get the evening off to a suitably celebratory start.

A highlight of our concert will be the ever-popular Violin Concerto by Felix Mendelssohn in which the solo violin part will be played by Mira Marton (pictured). Mira is a friend and fellow Royal College of Music student of our conductor, Avi Taler, the holder of our Bob and Beryl Harding Bursary for Student Conductors for 2019-20. Avi should have conducted us in a full concert in September 2020 but as this was delayed by the pandemic, we’re delighted that Avi is able to come back and work with us in 2022 instead!

We couldn’t resist bringing you the tuneful Symphony No. 8 by Franz Schubert. Of course, it’s famous mainly for the fact that he didn’t finish it, but it’s also glorious to listen to right from the moody opening of the first movement to the relaxed and peaceful end to the second.

We are so happy to be back at Hayling that we feel like dancing so we end the concert with a tune you’ll all know: the “Blue Danube” Waltz by Johann Strauss II. Join us for an unforgettable evening of great classics!

Mira Marton started playing the violin at the age of seven in Warsaw. Having spent ten years in primary and secondary music schools in Poland, with teachers Anna Rzymyszkiewicz and Andrzej Gebski, in 2016 she gained a place at the prestigious Yehudi Menuhin School under the tutelage of Lutsia Ibragimova. She now studies with Maciej Rakowski at the Royal College of Music, where she is generously supported by the Russell Race Scholarship.

Over the years, she has also taken part in many prestigious music courses, among others, Morningside Music Bridge, Beijing, International Music Academy Stringtime NiederRhein in Goch, Germany, and masterclasses given by leading violinists including Noah Bendix-Balgley, Boris Garlitsky, Roman Simovic and Gordan Nikolitch. Most recently, chosen as one of four students at the Royal College of Music, she was invited to participate in a masterclass given by Maxim Vengerov in which she performed and worked on the first movement of the Sibelius Violin Concerto.

As a keen chamber musician, the young violinist has participated in many competitions in her native country, winning Second Prizes at the National Chamber Auditions ‘CEA’ as well as the Second Chamber Music Forum in Warsaw. Her 2018 Wigmore performance of Rachmaninov’s Trio Elegiaque impressed audiences and critics alike, with Ates Orga writing for Classical Source: ‘Honest chamber music-making, nuanced in old-world fragrances.’