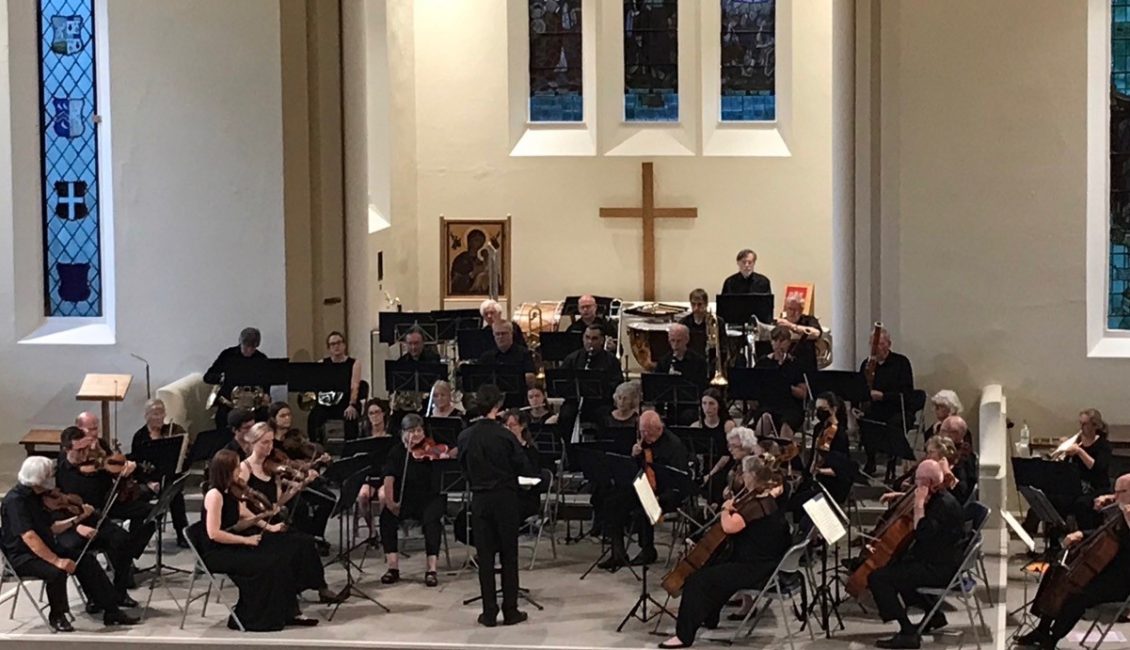 After a hiatus of several years on my part it was a delight to be able to attend the evening concert given by the Chichester Symphony Orchestra in the 2022 Festival of Chichester.

Numbering some 50 musicians, the orchestra opened up with a performance of an unusual piece by Dvorak, ‘The Noon Witch’ – one of the three orchestral ballads in which Dvorak had set Czech folk tales to music. The legend follows what happens to a family that lives in the woods and where the sole child misbehaves whilst their father is away and their mother is preparing lunch. The piece starts happily enough but in order to deal with a misbehaving child the Noon Witch is summoned and leads the child on a merry dance. This inevitably ends in great sadness when orchestral bells signify the arrival of noon, the Witch makes her exit, and father returns only to find that his son is dead.

Pavlos Carvalho, the internationally renowned cellist and one of the founding members of Ensemble Reza, was the soloist in a performance of Tchaikovsky’s Rococo Variations. This chamber piece showed off the rich tone of his cello, very ably complemented – and never overwhelmed – by the strings of the accompanying orchestral ensemble. The whole piece was a joy from start to finish and was played with great charm and warm-heartedness by soloist and orchestra alike.

Carvalho remained on stage to play a companion piece, also by Tchaikovsky. This was a nocturne, originally composed for piano, later reworked for cello and piano, and then again for cello and orchestra. It was beautifully played and felt very appropriate for a balmy evening as the daylight faded away.

As a one-time orchestral musician myself, and having heard the second symphony of Sibelius performed live by a number of professional orchestras, I was interested to know how Chichester Symphony Orchestra would cope with it. I need not have been concerned. Whilst it is an ambitious piece for any amateur orchestra to perform, Chichester’s musicians rose to the occasion with aplomb. I particularly noted the way in which the evocation of the Finnish landscape, which is so much of what this symphony celebrating Finland is all about – was interpreted with care and played with real emotion. In particular, the pizzicato strings in the third movement generated a real sense of wind and rain interspersed with moments of calmness and tranquillity. The brass contribution to the final movement built the sense of patriotism that I had expected. The revised acoustics in St Paul’s meant that the brass not only never unbalanced the mood of the whole movement but also ensured that the final flourishes did not overwhelm the rest of the orchestra’s performance. Stirring stuff indeed.

Simon Wilkins conducted. It was good to see a conductor being crystal clear in his direction and the providing of cues to his players. His own joy with the quality of the performances was evident as he acknowledged the sustained applause at the end of the concert.