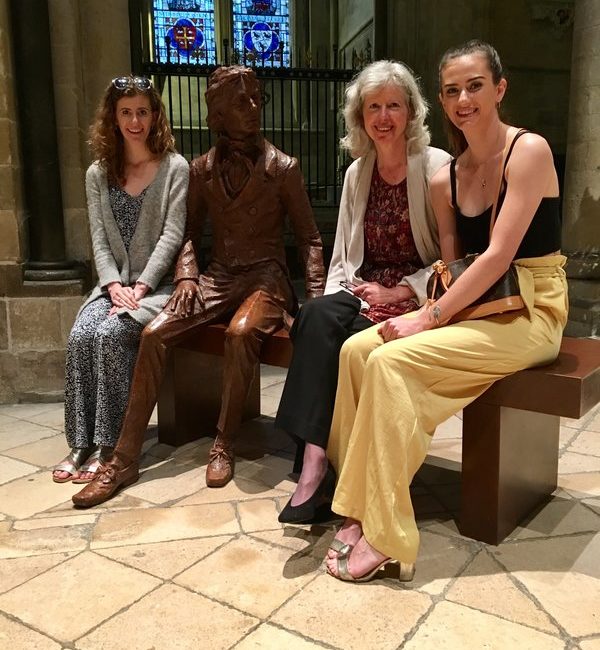 A month-long programme of over two hundred Festival of Chichester events came to a triumphant conclusion on the final Sunday in an inspiring open-air concert in the wonderful grounds of Halnaker Park. Despite rival attractions of the Cricket World Cup and the Wimbledon final, festival goers enjoyed a brilliant session from Amanda Cook on classical guitar, Finlay Wells on Celtic guitar and Meg Hamilton on violin.

Elsewhere the final weekend saw an extra performance of N F Simpson’s absurdist comedies by Chichester Community Theatre at the Penny Royal Open Air Theatre at Bosham, the soaring melodies of Sull’aria by sopranos Tamzin Barnett and Rhiannon Merrifield at Christ Church and Chichester Symphony Orchestra in full swing at St Paul’s. Not to mention Abba’s Angels and the Rolling Tones at the Assembly Room!

It was a fitting conclusion to a fantastic festival – the seventh since it was launched in 2013 to replace the Festivities. This year has seen an eclectic mix of the best of Chichester’s community organisation performing to top standards, supplemented by the visiting stars.

Planning is now underway for 2020. We’ll be back next summer with another scintillating programme of very special festival events.

To join our mailing list or enquire about taking part, please email our coordinator, Barry Smith, at festivalchichester@gmail.com.