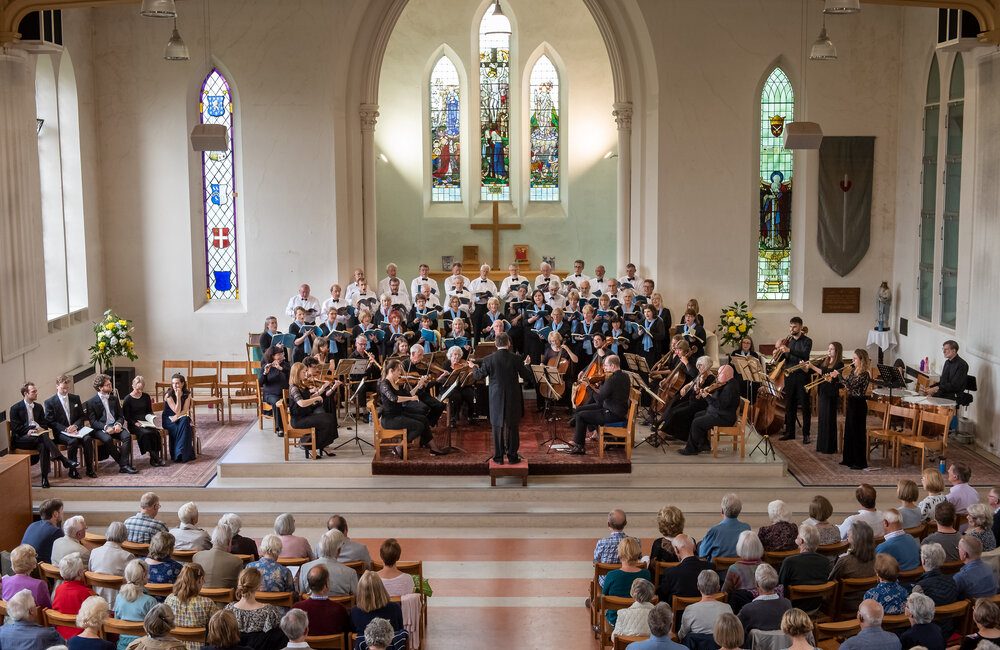 Following on from their successful Festival appearances in 2014 (Handel’s Messiah) and 2019 (Bach’s B minor Mass), Portsmouth Baroque Choir and period instrument group The Consort of Twelve combine to present Handel’s dramatic oratorio Israel in Egypt. on Sunday 3 July in St. Paul’s, Chichester.

Second only to Messiah in popularity, the work tells the story of the Israelites’ escape from the rule of Egypt.

With a text taken entirely from the Bible, it is the chorus that carries most of the drama forward.

In part one the ten plagues unleashed on the Egyptians are musically represented, including dramatic and comic depictions of swarms of flies and invasions of frogs. Part two is an extended celebration after the Israelites’ escape through the waters of the Red Sea. Most of the relatively few solo and duet arias are to be found in this half of the work.

Both performing groups are celebrating their 40th anniversaries this year (Portsmouth Baroque Choir’s was last year but celebrations have had to be deferred until now), so it is fitting that they join forces again for this concert.

The tenor soloist for this concert is Tom Robson. Crispian Steele-Perkins heads up the brass section.