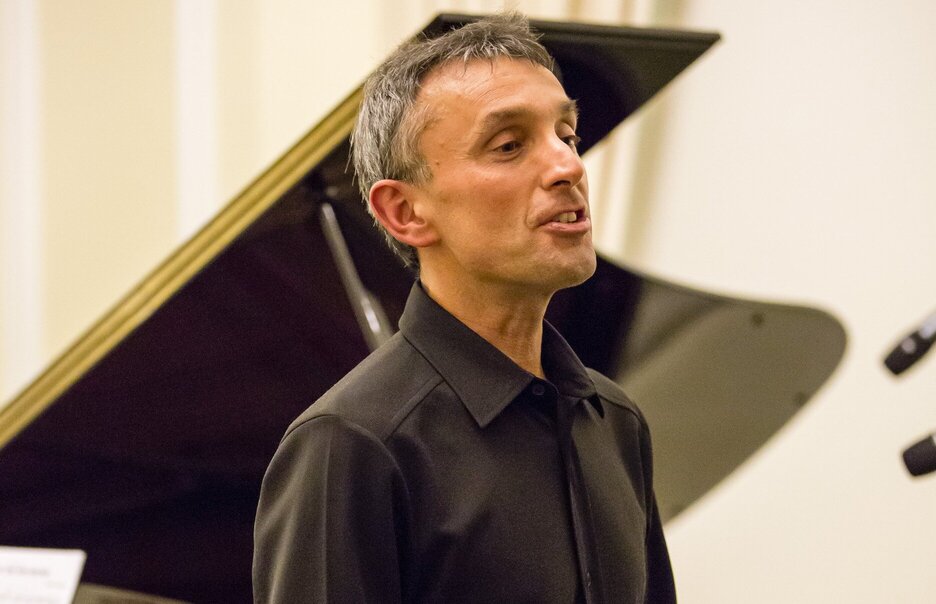 Portsmouth cathedral’s piano absolutely sparkled as James Kirby set off into the Allegro moderato of Haydn’s Sonata in E Flat, Hob XVI:52. That is Haydn aged 62 and still at the height of his mercurial powers, the ‘moderato’ marking sounding like one of his little jokes in places. The Adagio was much more tentative, almost fragmentary, and at times one thought one could hear Beethoven coming and if the Allegro had been quick enough, one had to be prepared for a Presto that was dazzling as well as quirky with both maestros, Joseph and James, enjoying themselves enormously.

Chopin is never short of a tune and two Nocturnes wove them into rich textures that blossomed to fullness before easing their way to satisfyingly restful conclusions.

Looking up Robert Schumann’s Kreisleriana, it is based on a character in Hoffman. James explained about Schumann’s Florestan and Eusebius, who represented the two contrasting sides of his ‘bi-polar’ personality. It consists of eight movements, beginning busy and exuberant which it predominantly was. I got ahead of myself, trying to follow which movement we were on, and navigated myself back via two ‘langsam’ episodes. A similar pattern recurred throughout the merry-making, the enervated darker side and a valiant march.

Much of the reason I was ahead of Robert and James in the programme was the very generous length of the performance. One can usually expect to be back outside by two o’clock but James gave great value by playing until 2.15, and why not.

He is among the highest class of musicians we get locally, including the local superstar Angelina [Kopyrina], not just in Portsmouth but in my wider orbit, delivering these pieces with easy authority, and so it is much to be regretted that he played to such underwhelming numbers. It is to be hoped that word gets around about these events because there simply must be more people in the area who would appreciate such music if only they knew. You could get nearly as many as were there today for a poetry reading.

I’m immediately off to the internet to find out about recordings of Haydn’s Sonata in E Flat, Hob XVI:52 and by James Kirby which, sadly, won’t be the same thing but, having asked him about it, at least he’s been presented with the idea. A disc of such things would furnish my new upstairs listening room most elegantly.