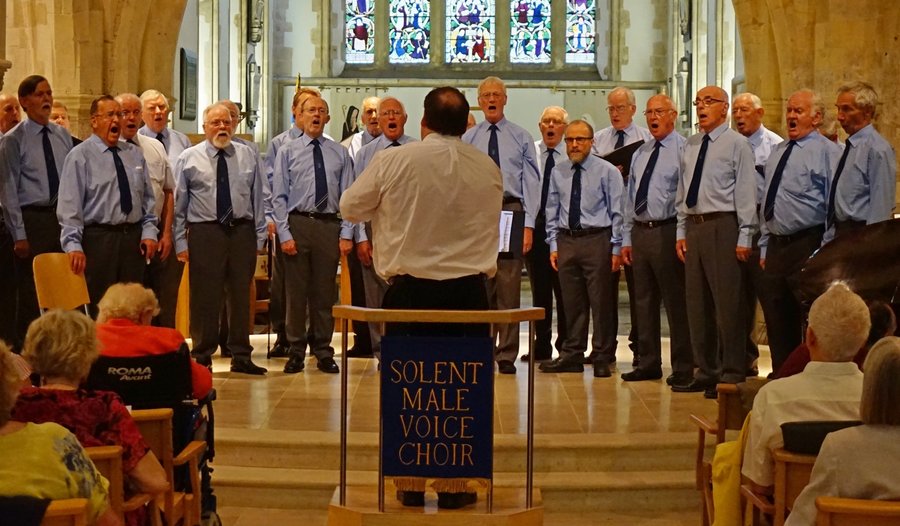 Solent Male Voice Choir have a vacancy for an Accompanist/Assistant Musical Director as from 1st September 2020.

Working closely with our new Musical Director, Huw Thomas, who takes over from Geoff Porter on 1st September, you will accompany practices and concerts. There is an opportunity as Assistant Musical Director to train the Choir in some songs and to conduct a smaller Choir at some private events.

We offer a small remuneration, to cover travelling expenses, for practices and additional payments for concerts. The Choir meets every Tuesday evening between 7.30pm and 9.30pm in Havant.

If you are interested in becoming part of a friendly and sociable group who enjoy their singing please send a brief CV to chairman@solentmalevoicechoir.org.

Any day now the directors of the area’s amateur stage and music groups will be getting their actors, singers and musicians to lend a hand removing the dust covers from the project marked Spring 2020 to see what can be salvaged from the debris of lockdown.

With collaboration arrangements already postponed to the autumn or next year and some concerts and performances reluctantly abandoned group leaders must shrug off the disappointment and re-energise the troops with new initiatives and plans.

Spare a thought then for groups trying to rescue their programmes while welcoming new leaders at the same time so that they are fit and ready when rehearsals resume. Two choirs in the Solent area face this challenge with new faces wielding the baton.

Geoff Porter is moving from his post as musical director of Havant-based Solent Male Voice Choir to join Hampshire Police Male Voice Choir, who rehearse at Sarisbury Green. And stepping up at Havant is his former deputy Huw Thomas.

Geoff says that, while he is sad to be leaving, “I am excited about the prospect of conducting a large choir and directing them in the Cornwall International Male Voice Choir Festival next year. I am delighted that Huw Thomas is taking over SMVC and l know the choir is in safe hands”.

Solent chairman Dave McVittie says that among many memories of Geoff Porter’s stint as MD, the choir will never forget the way he navigated them through the 2016 Welsh Festival of Choirs at the Royal Albert Hall when seven songs on the programme had to be sung in Welsh by the 13 choirs involved.

“We thank him for the way he has extended the choir’s repertoire during his tenure and wish him continuing success. We are all excited to have such a talented replacement for Geoff as Huw. He will bring a new direction to the SMVC.”

Born in Llanelli in South Wales, Huw studied music at the local grammar school, where he played piano, organ and trumpet. An honours graduate in music from Bath University, he gained his diploma as Associate of the Royal College of Music after moving to London. He now lives in Southbourne with his wife Anne-Marie and family.