Petersfield Orchestra: Across the seas concert with Mikhail Lezdkan 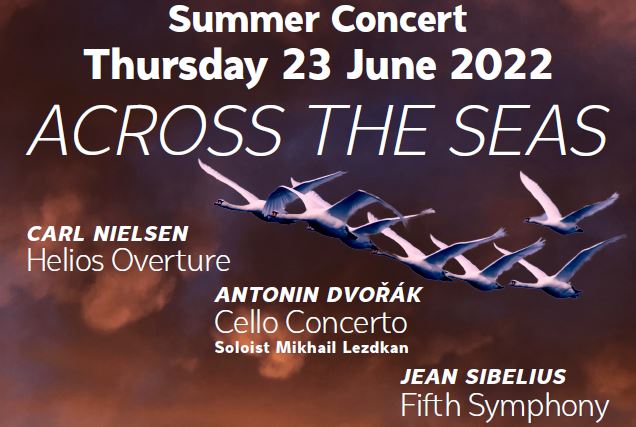 Three composers inspired by thoughts of their homeland feature in the upcoming concert by Petersfield Orchestra on 23 June.

The landscape of his native Finland inspired Sibelius to create the mighty epic that is his Fifth Symphony: the sight of a majestic flight of swans over the ocean suggested the surging theme that dominates the last movement.

Then the Danish composer Carl Nielsen wrote his Helios overture, an evocation of the sun’s journey from rising to setting, while far from home: he was staying in Greece and working in full view of the Aegean Sea.

And Dvorak was teaching in the USA when he composed his Cello Concerto: it is full of nostalgia for his native Bohemia and haunted by the loss of a girl he once loved. In this ever-popular work, the soloist will also be far from his native land: Russian-born cellist Mikhail Lezdkan now lives in Southsea and performs all over the south of England. But conductor Robin Browning will be on his home patch!