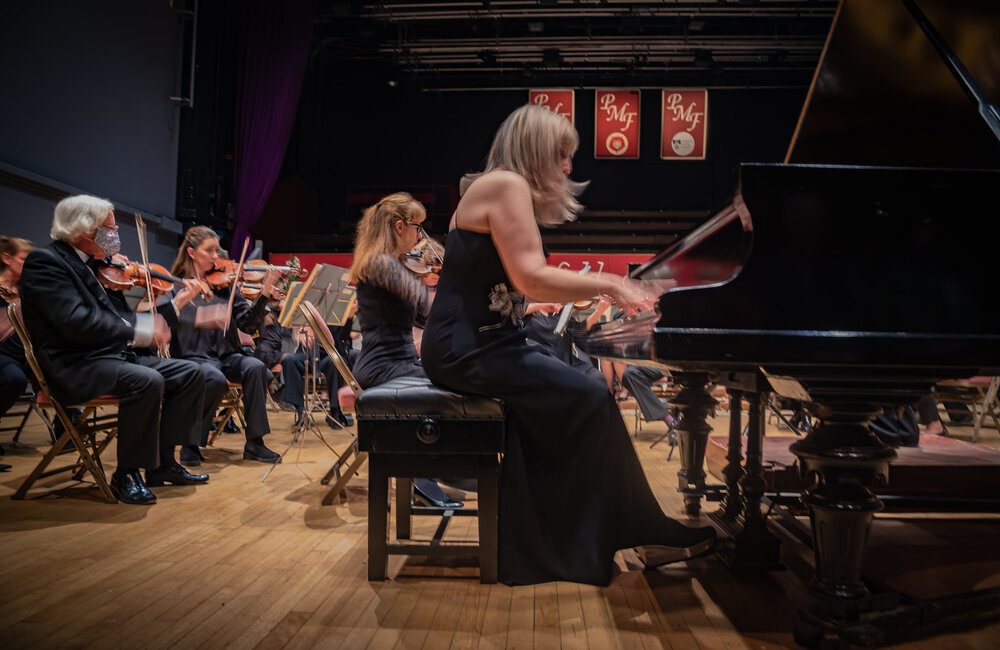 Petersfield Musical Festival paid a handsome tribute to Ukraine last week, proving the power of music to express support for its beleaguered people.

Chairman Philip Young introduced the Petersfield Orchestra’s flagship concert last Thursday by announcing it would commence with the Ukrainian national anthem, which received a rousing rendition, to the clear delight of the audience. The same spirit of solidarity was developed later in the concert when piano soloist Valentina Seferinova performed her own arrangements of two lyrical and moving pieces by early 20th century Ukranian composer Victor Kosenko as an encore, called Melody and Ancient Dance.

“It was my way of expressing support to all Ukrainians, but in particular the wonderful Ukrainian friends we made in Lviv,’ said Seferinova, referring to a trip she made in 2019 to make a piano concerto recording with the Ukrainian Festival Orchestra. The Petersfield Orchestra fully supported her choice of encore, she added.

The highlight of the concert was the Saint-Saëns 2nd piano concerto, which was given an electrifying account by Seferinova. The highly virtuoso piece begins with a rhapsodic piano solo; the orchestra then gradually becomes an equal partner in a thrilling dialogue with the piano. Seferinova’s formidable technique, power and at times delicate expressivity were never in doubt, and she richly deserved the rapturous ovation from the capacity audience. “It was amazing to be playing live with an orchestra again after two and a half years,” she said. “The orchestra delivered 100% for me.”