Portsmouth Choral Union: Haydn – The Seven Last Words of Our Saviour on the Cross 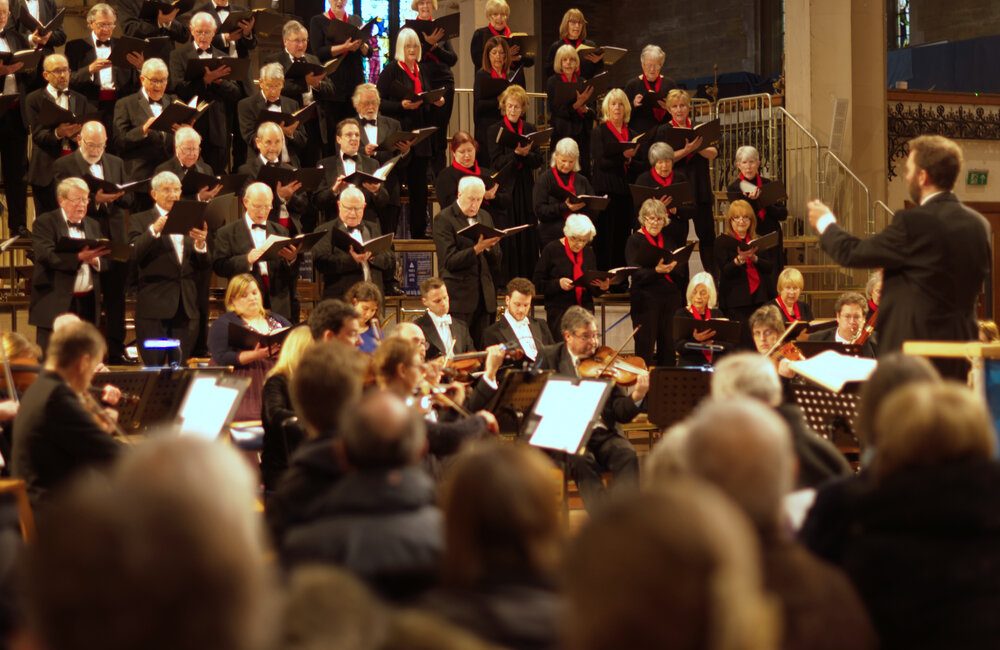 All happy composers are alike; each unhappy composer is unhappy in their own way. Earlier in the week, the wireless had Mendelssohn’s Quartet in F minor, Op 80 as the second half of the lunchtime concert and not until the announcer said afterwards that it expressed ‘desperate grief at the loss of a much-adored sister’, the great Fanny, did it occur to me that it was so tormented.

Haydn is associated with the idea of Sturm und Drang, usually translated as “storm and stress” but he had a hugely successful and prosperous life and didn’t have as much to worry about as many others. His Seven Last Words was set for orchestra, for solo piano, string quartet and as this oratorio between 1786 and 1796, the Cuarteto Casals recording of the quartet from 2014 being a gorgeous thing.

But James MacMillan’s 1995 setting is an intense, searing but also beautiful work in which the suffering contrasts with Haydn’s greater emphasis on prayer and redemption having been written at the time of Voltaire’s ‘best of all possible worlds’.

Displaying the Ukrainian flag on the rostrum, David Gostick and the choir began with an extra item, a Ukrainian hymn sung in its original language ‘as best they could’ before the Haydn.

The Southern Pro Musica were mostly strings with horns, flute, oboe and bassoon and led into the psalms that augment the bare seven last utterances from the cross in this oratorio version. Faye Eldret was the first of the soloists to emerge, with ‘Thy son has shed his blood’, operatic and stately, and was the lead part as much as any in a work that makes the soloists parts of the whole rather than giving them stand alone arias, on occasions blending well with mezzo Lorna Price.

The choir were a swelling sea of sound in Verily I say unto thee and reached a powerful climax on ‘gracious’ in Woman behold thy son.

Pro Musica’s leader, Sophie Langdon, led off Eli, Eli, lama sabachthani with a sensitive line before the lamenting oboe and flute in the interlude were warmed by the horns. Plucked violin and cello in I thirst made way for Paul Bentley-Angell’s tenor and some dark ‘wrath and fearfulness’ before the calmer It is finished although it wasn’t quite that yet.

Father into thy hands featured bass, Jack Comerford, before the Earthquake in which the full blast of all the forces, including kettledrums, shook indeed not only St. Mary’s but also ‘the earth and heaven’.

It becomes too easy to take Haydn, PCU and Southern Pro Musica for granted. They are all so accomplished in what they do that one comes to expect no less than such a performance, demonstrating that classicism is not mild-mannered decorum but that within the comforting glove of formality there are depths of emotion to be quarried.