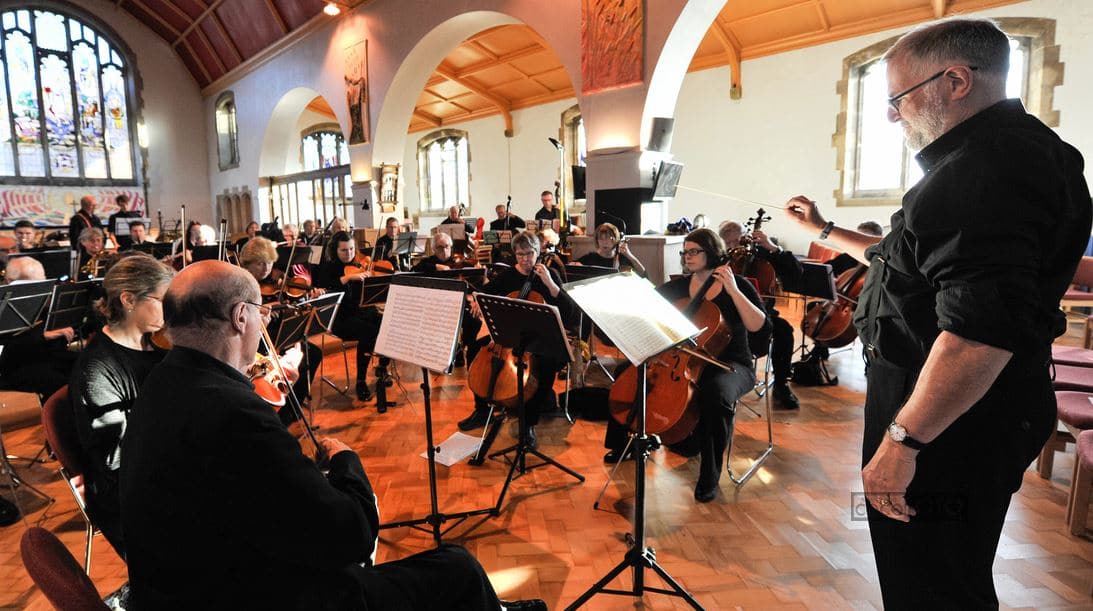 Portsmouth Philharmonic raised more than £800 for Cystic Fibrosis after its latest charity concert in the city featuring music by Rossini, Humperdinck and Beethoven.

More than 80 people attended a concert at the Church of the Resurrection in Drayton on Sunday December 1, which featured a varied programme much appreciated by the audience.

The event was raising money for the Cystic Fibrosis Trust, a charity backed by former Portsmouth Lord Mayor Lee Mason. And his successor Cllr David Fuller and the Lady Mayoress Leza Tremorin were also in attendance as guests of honour.

The first half featured Rossini’s Thieving Magpie overture and Humperdinck’s Hansel & Gretel Overture, as well as a special composition and arrangement of Christmas melodies for audience participation by conductor Hugh Carpenter.

After the interval the orchestra performed Beethoven’s seventh symphony – regarded by many as his best – which delighted the bumper audience.

Formed in 2009, the Portsmouth Philharmonic has now raised almost £20,000 for local charities.

Chair of the orchestra Di Lloyd said: “We were delighted so many people turned up to see this concert and we are sure they will have gone away impressed.

“Beethoven’s seventh is never a straightforward piece to perform, but the orchestra managed the piece very well and it was a mark of its increasing maturity.”