Preview: Portsmouth Choral Union: “The Seven Last Words of Our Saviour on the Cross” 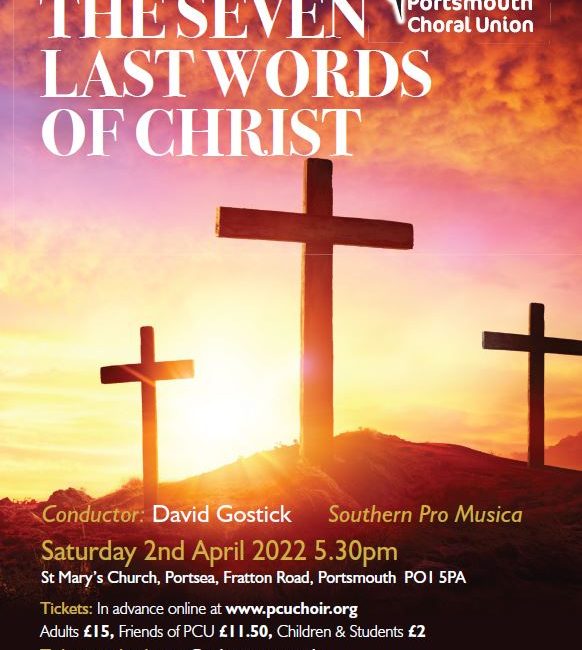 For their first concert of 2022, Portsmouth Choral Union will be performing Haydn’s ‘The Seven Last Words Of Our Saviour On The Cross’.  This is the shortest of Haydn’s four oratorios.

Composed for performance in the Cathedral of Cadiz, in Spain, in 1787, it lasts just one hour.  The original version was purely instrumental, though Haydn subsequently made an arrangement for String Quartet and a transcription for Piano Solo. It was the idea of a minor German composer, Joseph Friebert to prepare a choral arrangement.  Haydn based his own ‘improved’ version on that of Friebert.

The music is mainly slow and reflective, though the final ‘Earthquake’ section is dramatic and vigorous, bringing this movingly beautiful work to a stirring conclusion.  For this performance the choir and soloists will be accompanied by members of Southern Pro Musica, directed by David Gostick.

Following the success of last year’s early evening performance of the Faure Requiem, this concert will begin at 5.30pm and last for an hour, there will be no interval.  The venue for this concert will be St. Mary’s Church Portsea, and will take place on Saturday April 2nd.  Tickets are available from the choir’s website and ‘on the door’.