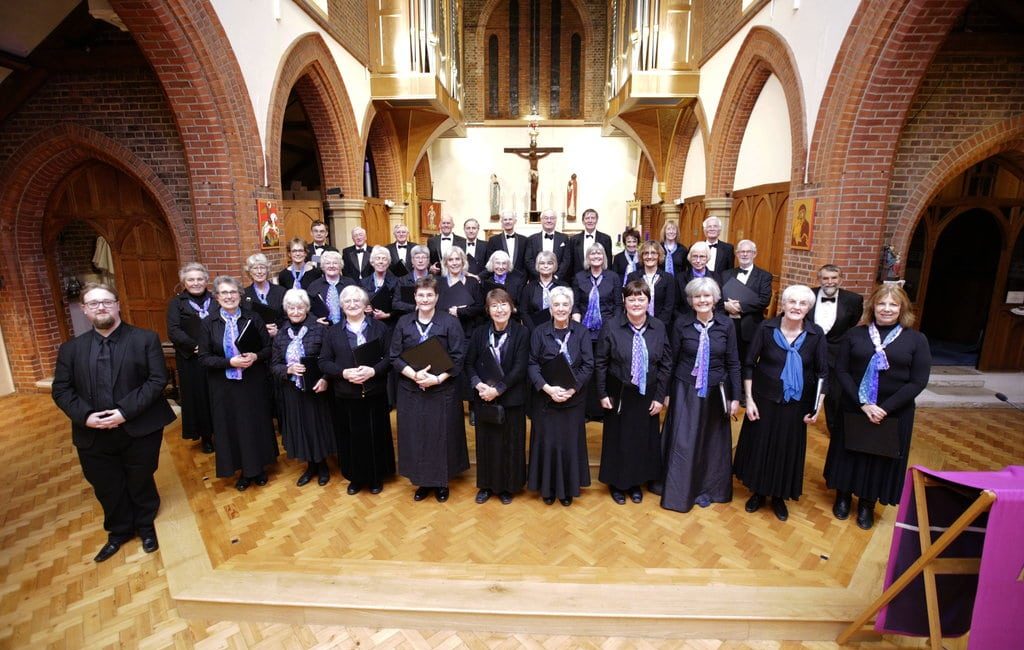 The St Richard Singers’ summer concert, at St George’s, Chichester on 2 July at 1930, takes place as part of this year’s Festival of Chichester. With nearly 60 musicians on-stage, it is one of the biggest musical events of the festival’s calendar, and will feature the choir, their in-house professional chamber orchestra, the Noviomagus Ensemble, and hand-picked soloists.

Titled “A Royal Summer”, the theme of royal celebrations runs throughout opening with Hubert Parry’s “I Was Glad”. Perhaps most famously performed at the wedding of the Duke and Duchess of Cambridge in 2011, the piece was first composed for the coronation of King Edward VII in 1902, and it has been performed at every British coronation since.

Completing the first half is Purcell’s birthday Ode, “Come, Ye Sons of Art”. Composed for the birthday of Queen Mary in 1694, it is scored for choir, small chamber orchestra, and soloists, and is a celebration of the Queen’s virtues and her patronage. Nothing short of a musical masterpiece, it is the last and grandest of his Odes, and puts all of the performers through their paces.

The second half is made up of Handel’s ‘Coronation Anthems’. Composed in 1727 for the coronation of George II, the opening anthem, “Zadok the Priest” is by far the most famous, as it has been performed at every British Coronation since. It was also famously adapted in 1992, the result becoming the official anthem of the UEFA Champions League. The Coronation Anthems are an all-out celebration with all the fixings, and not to be missed!

As well as wonderful music, there will also be the chance to eat wonderful ice cream from Baileys Artisan Gelato (a local Chichester company) in the interval, which will be available for purchase.

Don’t miss your chance to get tickets!

Get them now at https://chichesterboxoffice.ticketsolve.com/shows/873586200