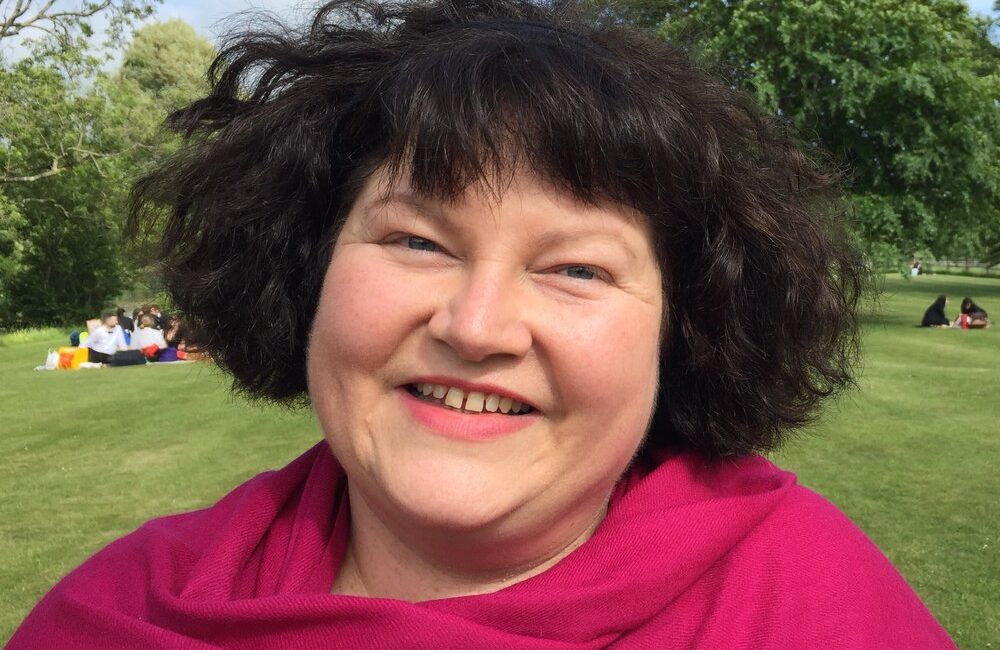 On Friday 8 July, the Parnassian Ensemble is performing “Baroque Treats for a Summer’s Evening” in Fishbourne as part of the Festival of Chichester. Sophie is the director of this group, so Simon O’Hea took the opportunity to talk with her about the concert, her life and work.

Tell me more about “Baroque Treats for a Summer’s Evening”

It’s going to be so exciting for all of us to play together again at the Festival of Chichester after an interval of 4 years. Recently, we’ve been working on new repertoire, which is always stimulating.

Besides the advertised Bach, Telemann, Purcell and Castello, we will be featuring works by Vivaldi, Handel and a recorder sonata by the little-known Andrew Parcham. We’re following our objective of bringing relatively obscure but good music to light.

Helen and I will be playing descant and treble recorders, a voice flute and flute. That’s because we love the different sound worlds that each evokes, and also because this approach leads to an authentic output. If you go to our website, you can read more about the instruments we play.

We’ve always aimed to inject fun into our performances, as well as informing our audience about interesting and sometimes bizarre facts about the composers, their music and their times.

St Peter and St Mary Church has a lovely acoustic and three of us have played there before, so it was a natural choice when we were looking for a venue in which to perform.

Who and/or what have been the most important influences on your musical career or interest in music?

My interest in music became apparent at an early age; I first picked up a recorder when I was about 3 and later, at about 5 I used to go to my neighbour’s house to play the piano (we didn’t have one until I started learning a bit later).

I’d like to pay tribute to a series of excellent music teachers while I was at school. At primary school Carol Williams first gave me an interest in playing the recorder and initiated my flute lessons with Norman Warnes MBE (who was actually a brass specialist!), who continued to teach me at the beginning of secondary school. As well as an enthusiastic teacher, he was a fantastically talented conductor, who imbued all players with great discipline, never talked down to them and gave them a love of playing. Margaret Lloyd and Arthur Robson encouraged me to play and sing as much as I could, and as a result I performed at county level.

Many people have had an awful experience of learning the recorder at school, and it’s sometimes been difficult to change people’s perceptions of the instrument, until they’ve heard it played professionally. This has included event promoters, who need reassurance that the audience won’t leave with their ears stinging. Happily, this is changing.

Famous composers wrote a lot of music for the recorder. If it’s a good enough instrument for Bach, Vivaldi, Handel and Telemann, it’s good enough for anyone!

Then, it’s sometimes hard work to find one’s own path, to keep on improving. Ironically, although it was disastrous for our industry, the pandemic gave me time to practise and find new music to play.

And for musicians there are always health challenges largely associated with the stress of a touring life – you need to be quite tough to have to deal with travelling a lot, finishing late and eating at strange times. It’s physically and mentally demanding.

Both Help Musicians UK and the Royal Society of Musicians helped me with tackling performance anxiety. They recognise this as a common challenge.

Finally, a practical challenge can be the difficulty of reading the facsimile or an original manuscript and working out your own interpretation. A nice problem to have.

What are the particular pleasures and challenges of collaborating with other musicians?

As the director of the Parnassian Ensemble, it’s my responsibility to hear everyone’s views and to navigate a path that provides a win-win. Although there are often some strong opinions, there’s a lot of mutual respect within our group. I don’t feel that I can take things for granted, but I feel blessed with my three rock-solid colleagues.

Are there any composers for whom you feel a particular affinity?

Telemann, Handel and Purcell wrote very well for the baroque flute and recorder. Bach is a challenge for any musician. By contrast Hans-Martin Linde, the modern virtuoso flute and recorder player of (mainly) baroque and early music has written some marvellous music – I encourage you to listen to his “Music for a Bird” with its evocation of bird song.

Which performances are you most proud of?

Following my treatment for performance anxiety, it was a real achievement to give a baroque flute recital to a small audience. Included in the programme was Bach’s Sonata in E major. At that moment I realised that I’d made significant progress.

What are your most memorable experiences, either as a performer, composer or listener?

As a listener, Desmond Carrington was a great influence, introducing me to so many other styles of music. His Sunday Radio 2 programme was so full of wonderful introductions to songs and writers.

As a performer, taking part in a concert series in Bergen, Norway where I was teaching at the Grieg Academy. We weren’t able to transport our period cello in the hold, so we had to arrange for it to have its own passport and seat on the plane!

Also playing with Richard Stillgoe and Arthur Robson in the children’s musical “Brilliant the Dinosaur”, which was recorded for the BBC; I sat next to the thunder-making machine!

And a tour in Austria, where we performed in an open-air castle at Halle and the wind blew all the music off the stands, leaving the conductor and myself to continue playing alone! On this tour we did a concert at the top of a mountain where a local group of motorcyclists helped us to hump the timpani about.

The Benslow Music European Early Music Day in March this year, after so many months of lockdown.

Talent and willpower are important but hard work is what counts.

Employ an excellent teacher as early in life as you can.

Find more than one way to bring in an income. Besides performing I also teach, as well as conduct for the Society of Recorder Players. Learn some business skills.

You’ll need to be tenacious and flexible!

After graduating from Lancaster University, Sophie went on to study recorder, modern and baroque flute at Trinity College of Music. Since then she has gained a reputation as a friendly, enthusiastic and innovative recorder player and flautist with a wealth of teaching and performing experience. Her professional playing includes chamber, orchestral and solo engagements as well as work with her own baroque period chamber group, the Parnassian Ensemble (www.parnassianensemble.com). In November 2018, Sophie travelled to Norway to teach at the Grieg Academy of Music, the music department at the University of Bergen. Whilst there, she performed with the Parnassian Ensemble in the Antikk Musikk Early Music Concert Series.

Sophie also works with small and large recorder groups, including conducting sessions with the SRP Wessex Branch, the Easter Recorder Course, coaching sessions at Exeter University, South West Early Music Forum and Chichester University (where she has been the recorder tutor and chamber music coach since 1997). She is also a tutor for Hertfordshire-based Benslow Music’s Baroque Buffet course, introducing baroque playing styles and conventions to adult students. Sophie also works with players at Lancing College, near Brighton and at the Prebendal Cathedral School in Chichester. For five years she ran both the Recorder and Woodwind sections in the Chichester Festival for Music, Dance and Speech. She recently became the Musical Director of the Arun Consort and visits the Chichester u3a recorder group monthly to conduct there too. Sophie has been appointed by the Society of Recorder Players as one of its Visiting Conductors, travelling throughout the UK to coach its many branches of recorder enthusiasts. So far, this has included visits to Sheffield, Bedfordshire, Suffolk, Somerset, Yorkshire, Devon, Dorset and Surrey.

Sophie loves all areas of repertoire, including eighteenth-century pieces (with the questions of historically informed performance practice this raises) and contemporary music. Sophie’s playing can be heard on the Parnassian Ensemble’s acclaimed recording A Noble Entertainment – Music from Queen Anne’s London 1702-1714 (AV2094) released on the Avie Records label and on the New London Chamber Ensemble’s recording Carl Nielsen – Music for Wind and Piano released on the Meridian Records label.

In 2022 she has appeared at the Petersfield Musical Festival as the recorder soloist in Bach’s Brandenburg Concerto No.2, played for the Consort of Twelve in Chichester, performed at Benslow Music with the Parnassian Ensemble as part of the European Early Music Day celebrations and has given concerts in Wales and Norway, among others.