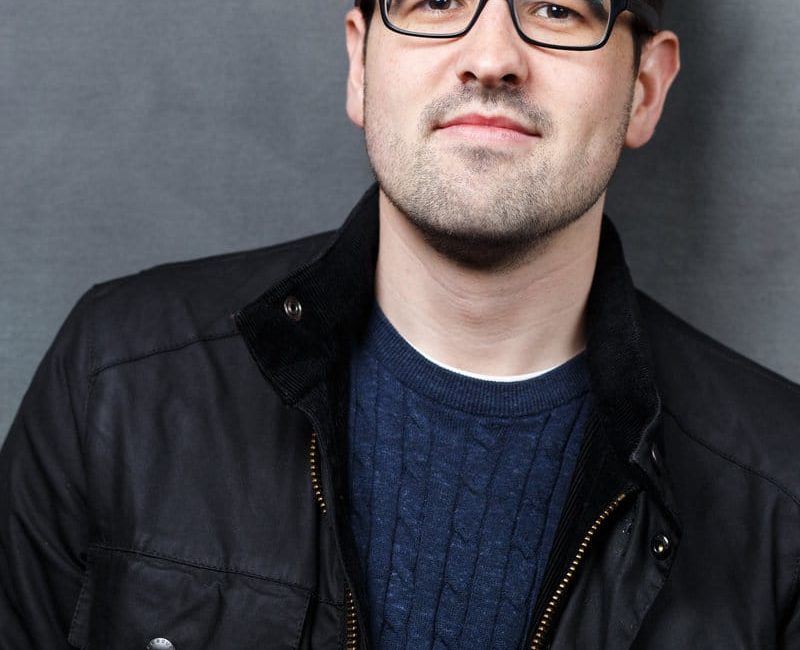 Who have been the main influencers on your decision to pursue a career in music?

I got myself into the choir at my father’s Parish Church in Romford, Essex, at the age of six – as soon as I was allowed! Jonathan Venner, the choirmaster, has inspired great music there for over 40 years. Jonathan’s son, Matthew, was my first singing teacher and really developed me and encouraged (dragged!) me through my academic and choral interviews at Oxford. I wouldn’t have gone on and done that, or any of this, without them.

Stephen Darlington, who was then Organist and Tutor in Music at Christ Church, showed me what professional singing could be like. If William Byrd was on the music list, you’d walk into the rehearsal knowing it was going to be electrifying, even from the first bar. But he balanced these high standards with care and support. We did some amazing things at Christ Church and I just couldn’t give it all up and use the law degree I was studying for as intended…

I think one of the hardest things for musicians is comparing yourself with what others are doing and seeing how you measure up, but I am quite lucky in that I can usually avoid the temptation. So much of what I do is a real privilege – singing great music in amazing buildings, to lovely congregations and audiences, conducting people and sharing my enjoyment of the things I love with them, or teaching young people to appreciate great music – and knowing how lucky I am really helps with any blues.

The choral world is sociable and engenders life-long friendships. One of the joys of “fixing” singers for NMH concerts is that I can put together teams of people I love to hang out with, let alone work with. It’s just as important to me that everyone gets on and is happy in each other’s company, as well as them being outstanding musicians. It means the singers respect and care for each other, revelling in each other’s talents and seeing the fun and joy in the whole enterprise.

Similarly, with my choral societies, I like the atmosphere to be relaxed. Having fun and loving being part of it with each other sets you well on the way to better music-making.

Which works or performances are you most proud of?

I am really proud of four performances I’ve put on recently in Chichester Cathedral – three Messiahs and one St John Passion. The first two were performed by the Cathedral’s small team of Lay Vicars, and the last two by NMH. We do them with only two or three singers and one instrumentalist on each part, with the choir stepping out to do the solos. This brings such intimacy and clarity to these works, and I think enhances its emotional impact.

In 2017 I took part in a staged production of Messiah put on by the Bristol Old Vic, directed by Tom Morris (who directed the National Theatre’s famous production of War Horse), and featuring a stellar cast of soloists and The English Concert, one of the country’s foremost baroque orchestras. I was lucky enough to be in the chorus and it is one of the most enjoyable, most fulfilling and most moving things I have been involved with. I couldn’t really believe how the concept germinated and developed from rehearsals to end product was also really enlightening.

I adore Handel: he is so skilled at pulling at the heartstrings at the right moment, and knows exactly how to manipulate the emotions of a crowd. He delivers the exact dramatic mood at exactly the required moment – think Zadok the Priest at a coronation or O Lord whose mercies numberless in his oratorio Saul. I conducted some of the Music for the Royal Fireworks last year and found it absolutely thrilling. I think most baroque music is dance music, and you can find so much joy and excitement in that.

I find music emotive in its rightful context or for an occasion, so I love singing Palestrina, Victoria and Byrd, particularly at Westminster Cathedral, and works of Vaughan Williams (such as Valiant-for-Truth) and Walton (Coronation Te Deum) that are performed less often. A treble soloist of St Paul’s nearly left me in tears with his top B flat at the end of MacMillan’s Christus Vincit. I am also doing a lot of Alec Roth at the moment – his music is exuberant and playful, yet profound.

As a singer I think I am built for renaissance polyphony, particularly at lower pitches so I can sing all the high notes the sopranos usually get. The men’s voices CD we recorded in Chichester was such fun.

As a conductor I actually get most of out my evensongs with the Chichester Cathedral Voluntary Choir. I love taking staples of the repertoire like Brewer in D and trying to draw out something fresh and emotionally interesting, even in more functional music.

What is your most memorable concert experience?

When I was a child my mother and I would go to St Paul’s Cathedral on Good Friday, sit under the dome and hear Allegri’s Miserere drifting down from the Whispering Gallery during Matins. For me to sing that piece in that building at that service last year was something I would never have imagined.

In 2019 I took part in a performance of Earthrise (more Alec Roth) in Salisbury Cathedral, part of the Salisbury International Arts Festival. Everyone started in the cloisters and were gathered together by the choir singing Te lucis ante terminum (“Before the ending of the day”) by Thomas Tallis. We moved into the Cathedral, where the light from Gaia, a vast, detailed illuminated sculpture of Earth by Luke Jerram, was reflected in the baptismal font, and sang Alec’s piece about the havoc humans are wreaking on the earth. It was all quite something. Here is a link to some images.

How would you define success as a musician/composer?

If you are happy in the work that you are doing and it brings you joy, then you’re successful.

Support for the arts

Arts and choral music in Britain faces a really uncertain future at the moment. We were in a bit of a funding crisis even before coronavirus struck. Think about how important it is to you and do something to make sure it comes back stronger. It could be joining a choral society or choir, not getting a refund for cancelled concerts, or donating money to a venue, ensemble or charity. Just don’t take it for granted.

William Waine began singing at the age of six in the choir of his father’s Parish Church, before taking up a Choral Scholarship to Christ Church, Oxford. William sang with the world-famous Cathedral Choir on Gramophone Award-nominated recordings, and tours to the USA and China. Since 2017, after spells in the choirs of Gloucester and Chichester Cathedrals, he has been based in London, working with various ensembles including the choirs of Westminster and St Paul’s Cathedrals; The Erebus Ensemble; The Hanover Band; and The English Concert. As a soloist he has appeared across the UK; live on BBC Radio Three; and as far afield as Sydney, Australia and Christchurch, New Zealand.

He founded and manages NMH with whom he performs regularly in Chichester; is the founding Musical Director of the Chichester Cathedral Voluntary Choir; and the Musical Director of Cantemus based in Havant. He teaches singing at Ditcham Park School in Petersfield and Streatham & Clapham Prep School.