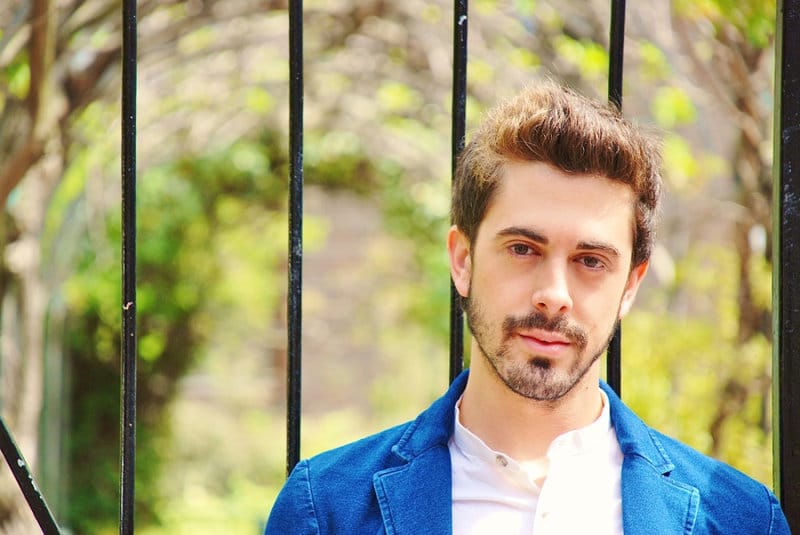 La muse oubliée is Antonio Oyarzabal’s project highlighting female composers. One day, it is to be hoped, no such theme might be necessary but there are centuries of concert programming to make up for in which it was almost unthinkable that they weren’t all male. At school I can remember only one book we read that was written by a woman and I’m not sure we realized then that Harper Lee was female. Some of Antonio’s composers in his set of miniature pieces are a bit better known than others.

Mana Zucca’s Prelude was lush, not too far from Rachmaninov, and expanded before receding back to its gentle opening. Amy Beach’s Scottish Legend was not dissimilar but less demonstrative, with echoes of Scottish song. Women of Legend by Mel Bonis is four character portraits that made Phoebe, Desdemona, Viviane and Melisande sound dreamy, summery and warm.

All of those composers were, broadly, from the first half of the C20th and had a certain amount in common. That might be more due to them having been alive at the same time than being of the same gender. Elisabeth Jacquet de la Guerre was a more familiar name – to me at least – and the selection of dances from her Pieces for Harpsichord brought a shift to baroque keyboard mannerism that Antonio brought a different fluency to.

What will remain as the most vivid memory of his playing in this set, though, will be his sensitivity and the soft light, as winter sun came through the upper windows into Chichester’s sympathetic space, of the impressionistic two ‘jardins’ of Lili Boulanger’s Three pieces for piano before the Cortege, which we had in Havant before Christmas from Myles Tyrrell. Either this music isn’t quite oubliée or my regular attendance at local lunchtime concerts is proving beneficial in making lesser known work familiar. It’s reassuring to see some coherence in what I said then about Myles’s performance and what I heard today.

More substantial and technically demanding were the April Preludes by Vítězslava Kaprálová, who died aged only 25 in 1940, and who will need to be investigated further. Her music is darker, understandably more troubled and shadowy but perhaps more accessible than those brilliant but difficult chamber music discs of Grażyna Bacewicz that I mean to return to eventually. It was a great way to finish, taking us further and beyond where we had been quite comfortably.

But I thought there was time for an encore and a small helping of Fanny Mendelssohn restored the atmosphere of well-being. I’m not yet cured of the affliction that makes me seek out a quick word with the performer afterwards and not having caught what he had said about the encore provided a passable pretext today.They are never less than friendly, open and keen to help. I can think of some poets who could learn from such an attitude to their audience. The musicians seem to have less to be defensive about and perhaps enjoy what they are doing more.

One can’t help but be impressed and I’m rarely less than that. Even though the attendance in Chichester is always very good, we were encouraged to spread the word, take a friend and, in effect, ‘make it mightier yet’.

I’m doing what I can but, honestly, get there if you can. You are unlikely to regret it. I might see you there next week for the Brighton Chamber Ensemble doing Brahms and (Robert) Schumann. I’ll be the one in row 4 or 5 trying to take notes unobtrusively or else by the time I get home I’ll have forgotten.