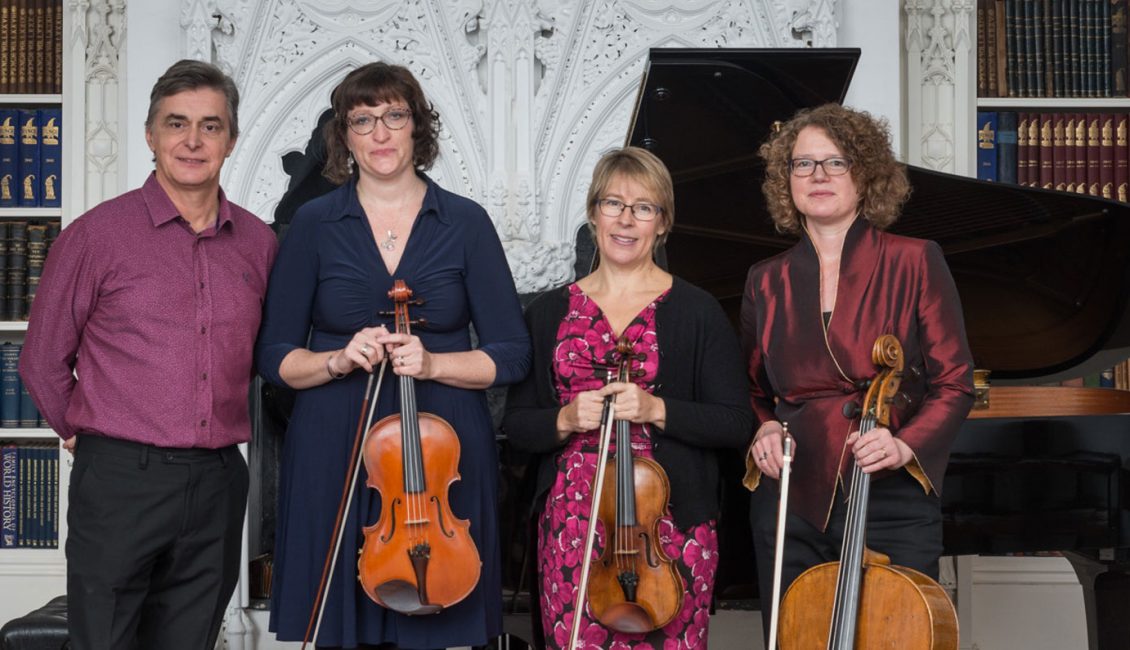 Did any other age spend so much time with the music of so long ago? In the C18th, audiences turned up in numbers to hear C18th music – Handel, Mozart and Haydn. David Hepworth has written about how quickly rock music became a heritage industry with bands living off back catalogue material more than new work and still today many people’s idea of poetry is that of Keats and Wordsworth. We know what we like and we like what we know and I’m sure that if most concert programmes were made up of Ligeti, Schnittke and Thomas Ades, I’d be the first to ask why we had forgotten about Beethoven and Bach. Or, in this case, Brahms and Robert Schumann.

Brighton Chamber Ensemble ‘is a flexible group of between 3 and 8 players, and on this occasion began as a trio for two of the Schumann Canonic Studies. The first had Rachel Ellis on violin following in Siriol Hugh-Jones’s cello which was then followed by Stephen Carroll-Turner who played the piano he also maintains to sound as good as it always does. It was a calm, lilting piece and disarmingly sane. The second was more urgent, if not capricious.

Ros Hanson-Laurent then joined on viola for the expansive, larger-scale Brahms Piano Quartet no. 3 in C minor, the ‘Werther’, which I’m not at all surprised to find is named after Goethe’s novel of suffering the pains of young love. Clara Schumann, or at least the agonies she caused young Brahms, was the cause of it.

The Allegro non-troppo begins shadowy and ominous and the work as a whole struggles to escape the unsettled emotions. If Haydn was credited with ‘sturm und drang‘ then Brahms did a bit more with them. The piano melody with pizzicato cello gives a glimpse of lyrical equilibrium and something warmer but it’s not to be entirely trusted. The unease continues in the Scherzo which might be a dance but is a careworn one. Rachel’s trills at the end might be a thrill or a fluttering heart.

The rich flow of Siriol’s cello opens a sumptuous Andante, is joined first by the violin with piano accompaniment and then the viola. The harmonious unity seems to be explaining away much of the hurt or regret as it makes its way to a satisfying completeness.

I look up the unfamiliar marking Allegro comodo to find ‘comfortably fast’, which refers to the tempo more than the emotion. It’s tempting to wonder if each instrument is given a more prominent role in each movement and this is the piano’s turn, which is busy throughout but somewhat agitato. It reaches for its grandstand finish before a coda and then wraps itself up more suddenly than one might have thought.

I’m never one to entirely read the life into an artist’s work unless they expressly say we should but, on the other hand, even the abstractions of music must come from somewhere and be autobiographical to a certain extent. That last movement owes some debt to Beethoven and Brahms struggled with his own doubts about how he compared with the even more tormented genius.

In the first instance, one shouldn’t have to put oneself through such anguish but in the second, he didn’t miss by much.

This was a compelling account of yet more Brahms one might feel the need to explore further and it is to be hoped that the Brighton Chamber Ensemble, with whatever line-up, are in the vicinity again soon.