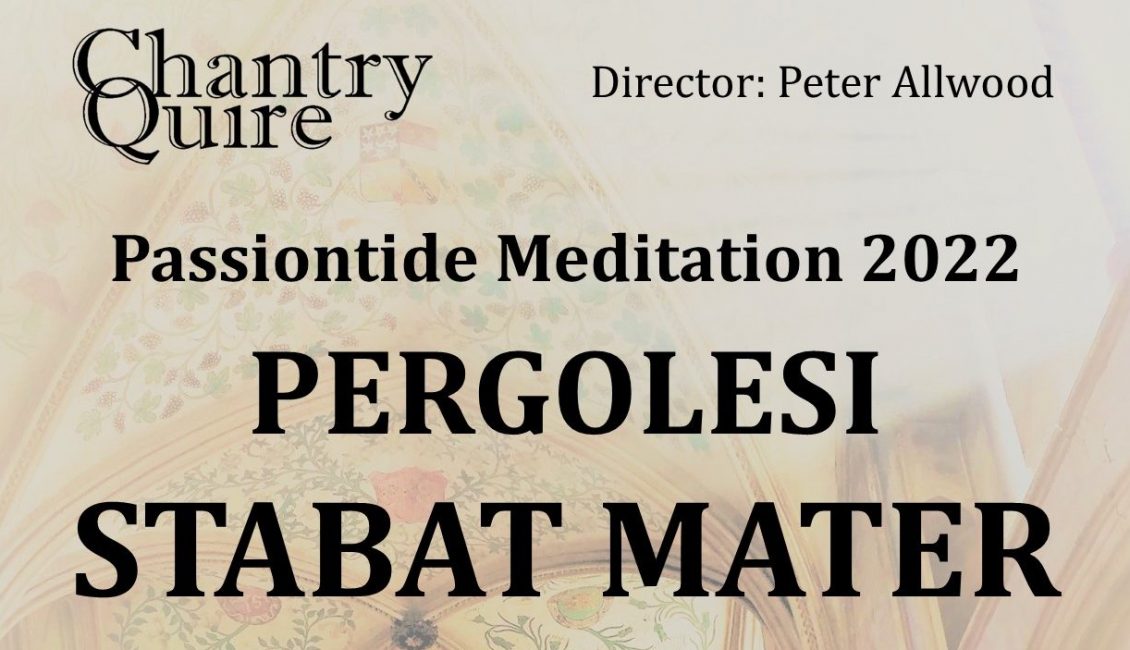 Pergolesi’s Stabat Mater, accompanied by a string quartet and continuo, was interspersed with several Marian Motets by Parsons, Victoria, Guerrero and Palestrina.

Last night’s concert was excellent on several fronts. I thought the choice of music which punctuated the Stabat Mater was beautiful and amplified the main work and its theme.

The programme notes which took such care to make it easy to relate the translation to the music enhanced hugely one’s appreciation of the work.

The instrumentalists were seriously good and did justice to the intricacies of the music of that date. What a lovely sound they made.

Having been able to listen to some of the afternoon rehearsal, I thought the choir had clearly gained in confidence and reached its peak during the concert. There were many very moving moments that brought the whole work alive and were beautifully sung.

The respectful silence at the end spoke volumes about what we had experienced in the concert, not least its major focus on the problem of human suffering as exemplified in Mary’s agony at the Crucifixion.

Readings of Scripture and poetry were well chosen and well recited.

What a great evening, thank you Chantry Quire.

The Reflection on Saturday was really beautiful and deeply moving. The choice of music with the scripture and poems was inspired, and took us on the journey with Mary. It made me think of the human cost of the trial and crucifixion and how much Jesus must have hated “causing” suffering to his mother and friends. Despite depleted forces the singing was sublime, singing with skill and compassion, ably directed of course by Maestro Peter Allwood.