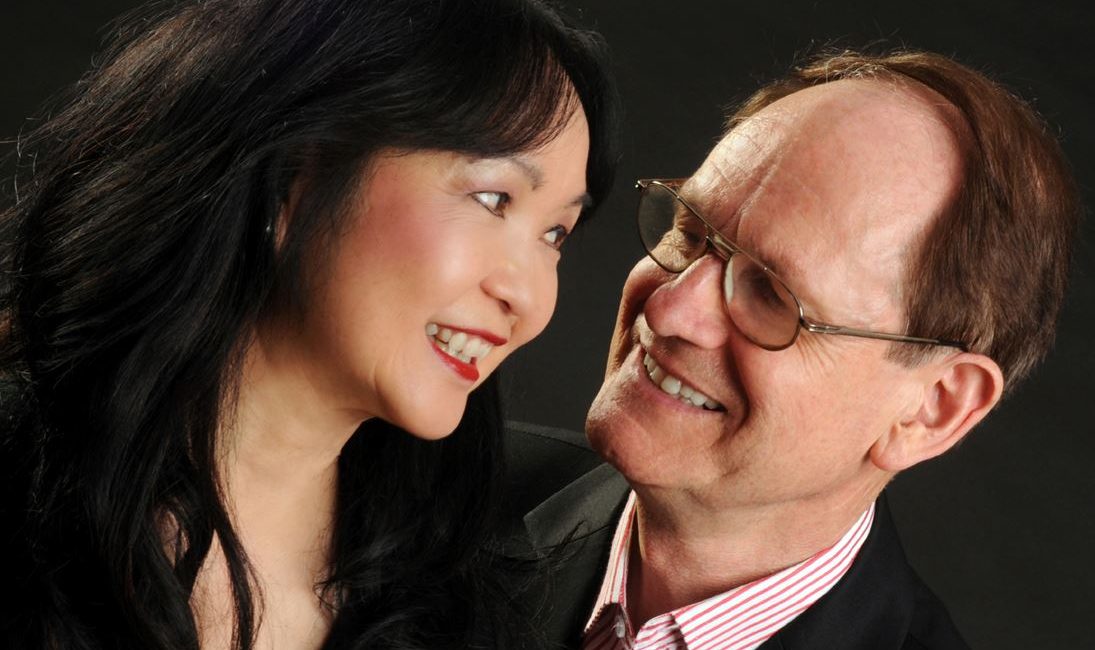 Performers in Chichester Cathedral at present have an imposing Moon to play under, Luke Jerram’s Museum of the Moon, which the likes of Pink Floyd might have envied.

One might have thought it fitting to gaze at such a thing during dreamy or slow passages but there turned out to be no such thing in the Stoodleys set and those astute enough to have found a seat with a view of the keyboard would have to save the Moon for later and be more enthralled with what was going on there.

Beethoven’s Sonata op.6 is pretty, twinkling and might plausibly have been attributed to Mozart, being early Beethoven and not the larger themed and more troubled or compelling later work. Nonetheless, the four hands shared the work as one unit as they were increasingly to do and, like Mozart was the other week, the star name did the job of support act for once.

Mendelssohn, Richard explained, ‘suffered nothing’ until the death of his sister, Fanny, after which he died soon after. Perhaps his lack of suffering is why he’s always such amenable listening and rarely dark but thus maybe not rated quite as highly as a few other major, major names. Richard and Linda changed places for this, with Richard taking the top end of the scale and both contributing to the torrent of notes that comes from their exchanges.

That was a fine thing but turned out to be something of a warm-up for a thrilling Hungarian Rhapsody no. 2 by Liszt. From an ominous beginning, the programme seemed to be taking us chronologically to more shadowy Romantic thoughts, not immediately all that rhapsodic but for some yearning implications until the fast-paced circus with Linda in the engine room and Robert embellishing over the top, the Chichester Yamaha being turned into a jangle box of energy and enormous good fun.

That wasn’t just the highlight of the show, it will be among the highlights of the season and remain in the memory for a long time. It will be worth watching for the next disc from the duo because Robert told me this piece will be on it.

For many, I’m sure their arrangement of Gershwin’s An American in Paris was as good if not better, moving into the Jazz Age. Sadly, I’m not a Gershwin man, just not ‘getting it’ but at least having him ahead of Korngold, Bruckner and most of Wagner. That didn’t prevent me from appreciating an equally well done, and choreographed, performance and the intimate understanding they have of each other.