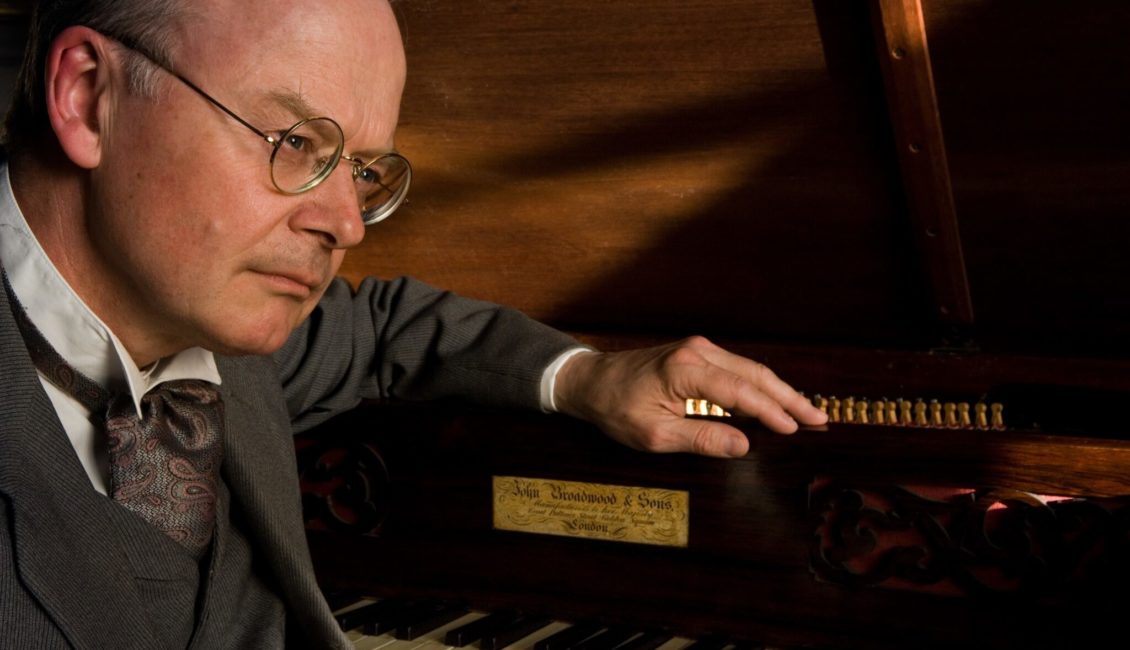 Chichester Music Society was pleased to welcome David Owen Norris on 9 December at the University of Chichester when he gave his lecture-recital entitled “Beethoven at the Piano – a Path of his own Discovery.” This concert was live-streamed courtesy of the University.

David Owen Norris is a consummate and experienced lecturer and pianist, performing all over the world and presenting regularly on BBC radio & TV including BBC Proms Extra.

He started his lecture/recital on a historical note, pointing out that Beethoven had had lessons on the harpsichord, but that he was a self-taught musician on the piano. He was of course an exceptional pianist as well as a composer, able almost effortlessly to improvise, as he showed aged 21, when he just added variations to his performance of his own work, the Righini Variations, by playing new variations in the elegant style he had just heard for the first time.

Throughout his presentation, David Owen Norris played a wide range of illustrative excerpts from Beethoven’s compositions to emphasise the points he was making. He explained that Beethoven, over the coming years, began to create his own style of playing in his compositions, such as adding scales and trills from 1791. The result was that we began to hear phrases such as “mercurial characteristics” or “irreverent impudence” that surround reviews of his music.

David Owen Norris then played the Moonlight Sonata, Opus 27, No 2, which was written in 1802 when Beethoven knew he was going deaf, the final movement a poignant reminder that the composer did not accept this threat to his life of music. The transformation from the tranquil first movement to the finale was ably played by the pianist, where he created endlessly varied colourings and subtle changes in dynamics and phrasing, with a firm and exciting finale. A real loss to members that no audience was able to be present to enjoy this fine performance.

The second piece was the Sonata Pathetique Opus 13, which was written in 1799. Again, this was beautifully performed, with the pianist ably interpreting the fiery and darker elements of the music.

The final piece was a special composition for the evening. David Owen Norris created a possible scenario imagining that were Beethoven alive today, being Christmas, he might have added a set of variations on a Christmas carol to his catalogue of works. Thus, our lecturer and pianist gave us a set of Christmas variations written in the style of Beethoven. This was an exercise which really worked and seemed to this reviewer to be eminently possible and would believably be approved of by Beethoven himself!

Chris Hough, Chairman of Chichester Music Society, thanked David Owen Norris, and said, “This was a wonderful evening, and it was fitting to have such a remarkable and sensitive pianist and presenter to end our 2020 celebration of Beethoven’s birth 250 years ago. What a delight to be able to enjoy David’s remarkable compositional skills and share his fascinating interpretations and insights into Beethoven’s great music.”