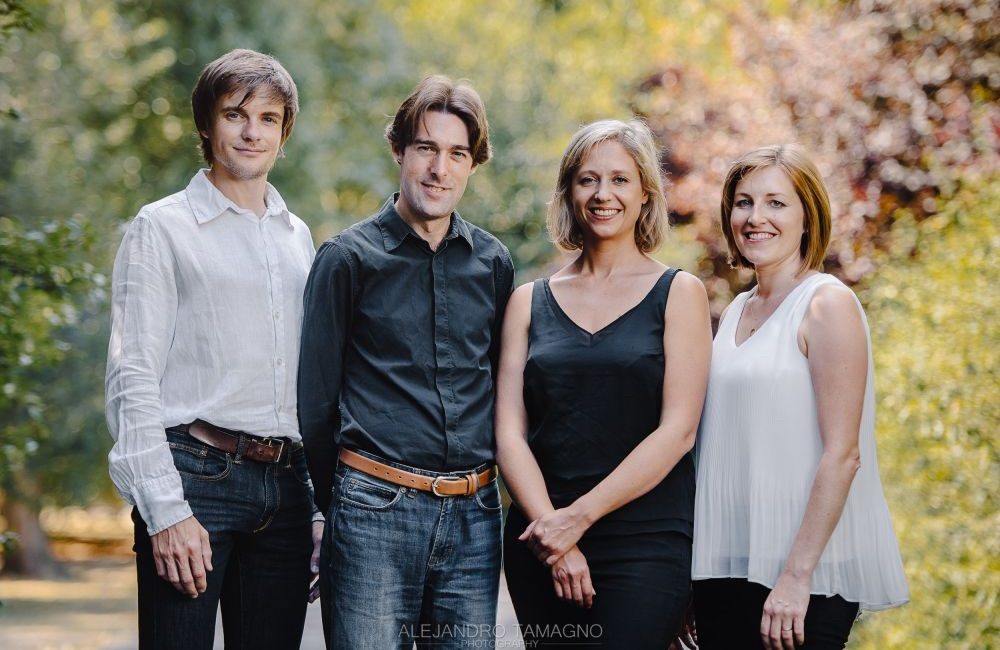 The Chichester Music Society was delighted to welcome the Sacconi Quartet with Emma Abbate on piano on 13 October 2021. Their intriguing programme included two of the world’s most celebrated twentieth-century piano quintets, and their performance did not disappoint. The venue was the Chapel at the University of Chichester, and with the support of the University the concert was also live-streamed.

After a short introductory piece, the lovely Romance for String Quartet by Rachmaninov, the musicians began their exciting programme with a performance of Shostakovich’s Piano Quintet Opus 57. This piece was written in 1940, just before the Russians were attacked by Hitler but the music had to fit in with Stalin’s agenda. Shostakovich trod at times a very fine line, but the piece was rewarded with the Stalin Prize in 1940.

The piece’s singing melodies, distinctive changes in harmony, and haunting frenzies were well played superbly by the Quintet. The energy of each performer was abundant, and at times they left the impression that there must have been more than five musicians in the Chapel. The challenges of the shifting combinations of instruments were very well managed, and the bite of the strings gave a wide spectrum of different expansive colours. The frisky theme of the finale was a relief when it arrived, especially with its light-hearted ending.

The piano part played by Emma Abbate was incredibly important, and with music that is played by such high-powered string players, she held her own and completely complemented the four other musicians. Her playing in both pieces added a rich complement to the sound with the piano adding subtlety and nuance.

After the interval the programme moved onto Elgar’s Piano Quintet Opus 84. This piece composed in 1918 towards the end of the first World War, was written locally at Brinkwell’s near Fittleworth. The Quintet demonstrated their ability to adapt to a completely different mode of music and they were brilliant in blending the sensibility and meditation of some sections with the fluent and often extrovert music so typical of Elgar.

This was a performance that was imaginative and expressive, rich in contrast and daring, and was particularly effective with the great Adagio. The audience in the chapel was very appreciative.

Thanking the artists for a wonderful evening, Chris Hough, Chairman of Chichester Music Society, said, “what a joy and privilege to hear such marvellous performances from five outstandingly talented musicians, in this contrasting and challenging music”.