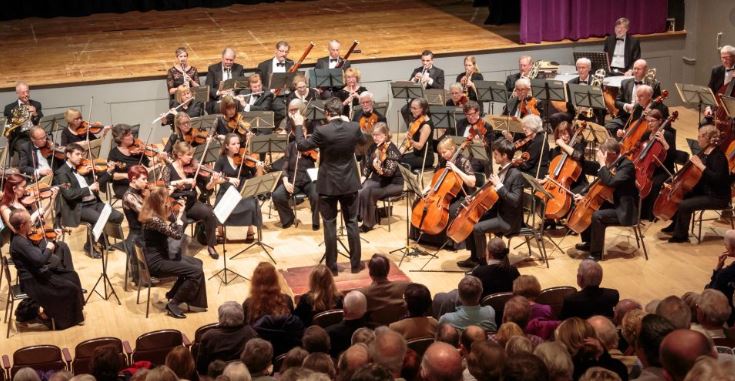 A large audience welcomed the Petersfield Orchestra back for their first full-scale concert since before Covid struck in 2020.

It has been a tricky time for performing musicians with few rehearsal opportunities until September and this, combined with the lively church acoustic, led to some less polished moments here and there.

So it was a joy, after nerves had settled during the early movements of Dvorak’s Czech Suite, to revel in the glorious sonority of the Romance and the boisterous energy captured in its presto Finale.

Following this, Lucinda Willits was superb as the oboe soloist in The Flower Clock. Jean Françaix’s wonderful score, bristling with complex dialogues tossed back and forth between soloist and orchestra, was here given a taut performance of which any ensemble could be proud. The audience got more than they bargained for with a surprise curtain-raiser to the final item in the shape of a Sinfonia for winds. Neatly written, this student composition by the young Donizetti was an opportunity for the excellent band of wind players in the orchestra to show off their virtuosity.

Haydn’s Symphony No 99 ended the concert. Classical textures are notoriously fiddly and there were fleeting lapses in intonation, but the last movement was rousing and full of character, with the witty false ending, controlled to perfection by conductor Robin Browning. I’m looking forward to their next outing in March.