Review of Fauré’s Requiem by the Portsmouth Choral Union 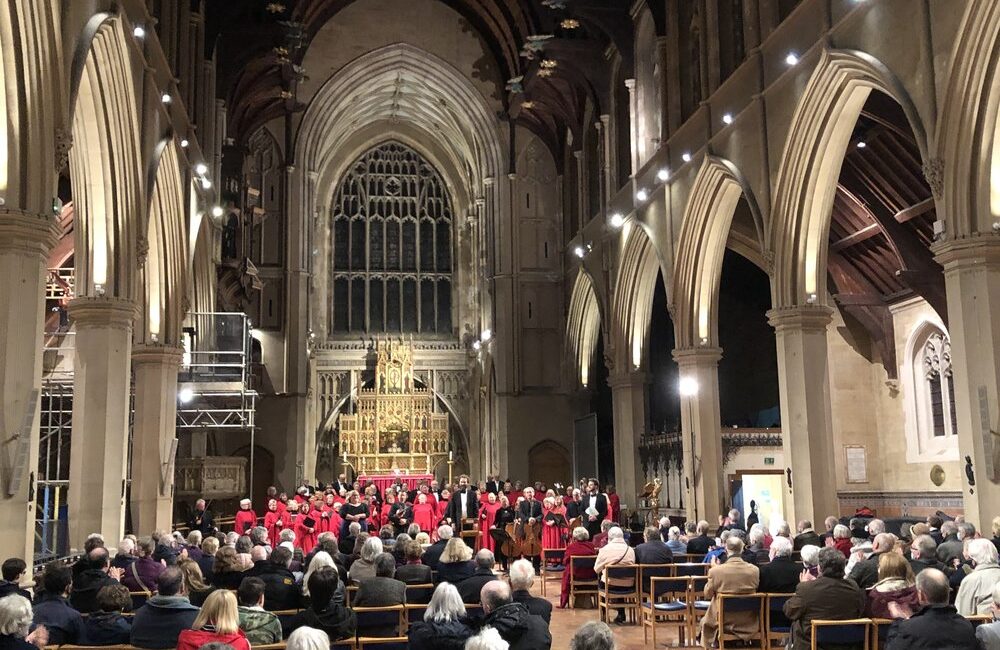 Portsmouth Choral Union and David Gostick were so pleased to be back performing live that they began by applauding the audience. They deservedly got that back with interest at the end. They had packed a lot into an hour, beginning on familiar territory with Mozart’s gentle Ave Verum Corpus swelling towards its top note and setting the tone for a kindly programme of choral music which is one thing I so far hadn’t had this week with five pianists, a trombone player and a singer.

Viadana and his Exsultate Justi is somewhat less familiar. Roughly a contemporary of Monteverdi, it was brief, bright and spritely before Geistliches Lied, ‘sacred song’, by Brahms returned to something like the mood of the Mozart with its gentle waves of voices over the ever gorgeous Southern Pro Musica who here were a string sextet augmented by Ian Richardson’s organ.

More shimmering violin in Fauré’s Cantique de Jean Racine was possibly a little preview of the main feature before Jack Comerford sang Schlummert Ein from the Bach Cantata BWV 82 in his sympathetic bass with another fine baroque walking part on the double bass.

But the Fauré Requiem was the headline despite the iconic names on the undercard. It’s a glowing, sensual view of the beyond that possibly prettifies the idea of dying as a comfort to those capable of suspending disbelief. It was a teenage favourite on a Music for Pleasure cassette in the 70’s but nothing compares to hearing it for real and I’m not sure if I have before.

The Sanctus goes from almost a whisper to its dramatic burst; Faye Eldret was pure and clear in the Pie Jesu which may or may not have been source material for Andrew Lloyd Webber once and the organ was again powerful in the Agnus Dei before the glimpse of heaven in In Paradisum which was sumptuous here, as the whole piece and the whole concert was.

This was possibly the most moving of the week’s concerts which were all tremendous in their own ways. Portsmouth and its surrounding area are currently being well provided for with some fine music and the fact that the events are being so well attended suggests it’s not just the PCU and me that are glad to be back. Fingers crossed, then.