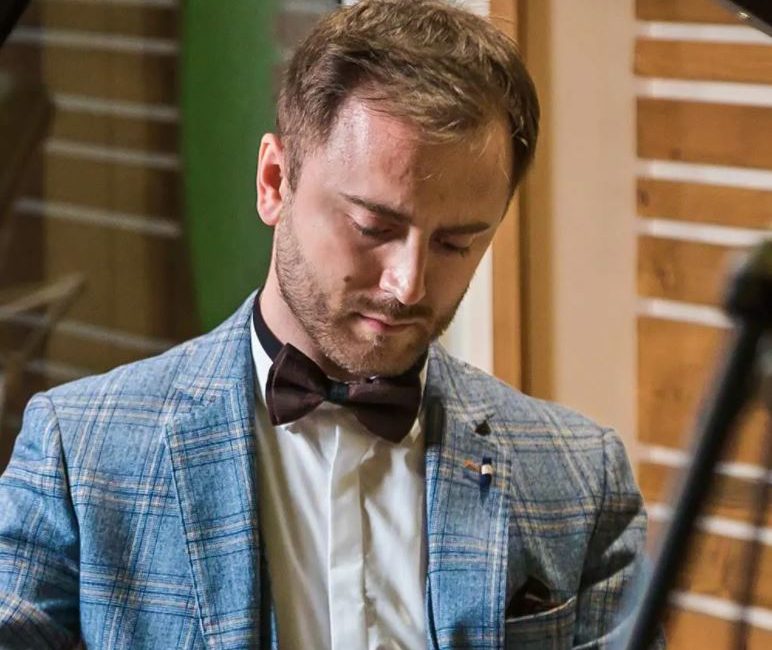 St. Faith’s is an attractive little church that wouldn’t look out of place nestling in the English countryside rather than Havant’s workmanlike town centre. Today (16 February) it hosted Matteo Bisbano Memmo’s first UK recital to a good-sized audience and internet broadcast.

Musical categories are only general reference points and of limited use when approaching music like Matteo’s. You would have to put him in ‘jazz’ but that wouldn’t tell the whole story of his eclectic mix of ‘influences’.

He began with his own arrangements and transcriptions. Firstly of Yesterdays by Otto Harbash and Jerome Kern which was fast-paced, intricate and syncopated. For much of the concert I doubted if we were in 4/4 time but couldn’t hazard a guess as to what rhythms we were shifting between.

An Elegy by Massenet arr. Art Tatum rarely referred back to anything that felt traditionally elegiac and more often jangled like a panic attack. Memories of a Rainbow by Harold Arlen featured a tentative melody over a gently insistent left hand punctuated by jazzy runs.

After those, we were treated to Matteo’s own compositions, beginning with Smokey Stogie, with a jitterbug rhythm in a spicy concoction. Some contemporary jazz can be inward-looking and perhaps self-indulgent but this is Italian and thus more outgoing.

One could possibly identify Oscar Peterson from the ‘influences’ listed in Dr. Herbert West, a character from H.P. Lovecraft’s horror story and entirely news to me. The agitation bordered on frenzy and brought to mind the player piano pieces of Conlon Nancarrow which I seriously doubt are playable by humankind. It is to be hoped Matteo’s contract stipulates that he is paid by the number of notes played.
Much more traditional, mainstream and also a memorable highlight was Stardust Light, a gorgeous poem written by Matteo for his girlfriend which she must be thrilled to have inspired. I might, given the chance, have asked him if he was familiar with Michael Nyman’s ‘The Piano’ Concerto, made from the score from Jane Campion’s film. It sprinkled light and is worth sharing here,
Rose was in memoriam his grandmother, gentler yet and moving into shadows.
Metalknife at first belied the expectations set up by its title that it would be where the professed debt to Metallica and Megadeath would be more apparent than they so far had been. Its smooth opening led to a more driving, dramatic engine room but these compositions all led well beyond where they had set out from. In the same way, I had set out with no preconceptions about what to expect from today. I’m not always easy to persuade and I had my doubts but it was well worth the effort, not always in a comfort zone but glad to have been shown the personal amalgam of styles that makes for what turned out to be a happy experience from a talent with his own ideas. It is unlikely this will be the only ever UK performance so catch him if you can if he shows up in your neighbourhood. David Green
Share This Post
EVENTS