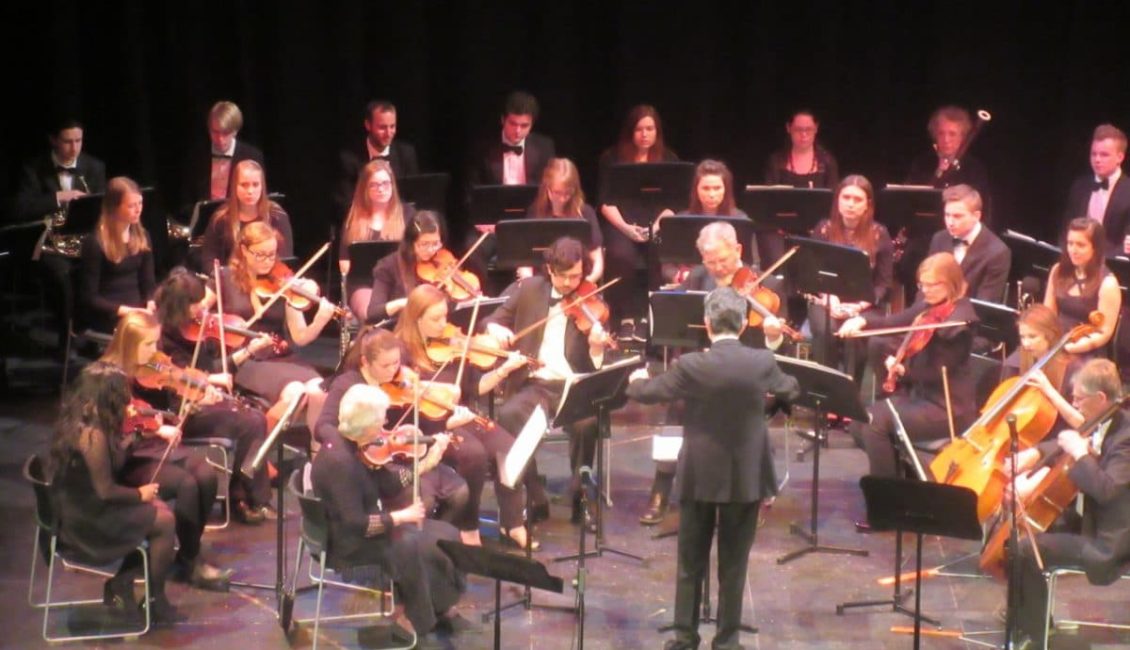 Today was a musical mystery tour. I didn’t know what Myles Tyrrell was going to be playing but it was a chance worth taking. I can’t remember the last time a lunchtime concert in Chichester, Portsmouth or Havant was a disappointment.

Myles began his own chronological tour with a charming, chiming, neat Sonata in B minor by Scarlatti. I haven’t seen quite so many crossed hands as I have in recent weeks but perhaps that’s a reflection of how adept I’ve become at making sure of a seat with a view of the keyboard. I’m not sure I’ve seen them quite so much in evidence as here, though.

I expressed the hope a few weeks ago that the number of Scarlatti sonatas that have turned up on programmes recently – and they’re always most welcome – didn’t mean we were being offered less Bach. Myles had that covered by also including the Sinfonia 11, BWV 797, by that other star of the class of 1685. As Myles explained, it was ’emotional’ which I like to see Bach get credit for and if there are suitable Italian markings for ‘falteringly’ or ‘circumspectly’ they would have been appropriate here.

Mozart’s 12 Variations on ‘Ah, vous dirai-je Maman are the exhaustive embellishments on Twinkle, Twinkle, Little Star which begins so disarmingly simplistically before quickly becoming extravagant, inflecting, moving the tune about and at its best when almost leaving its starting point behind and becoming something else entirely, like a cadenza for one of the concertos. By the end one could feel that it seemed like there were more than twelve and he has made his point but it scores top marks for his trademark ingenuity.

Possibly a highlight in Myles’s hands were the Drei Intermezzi, op. 117, no. 1 by Brahms which contributed further to my own small Brahms revival. Taking its lead from Lady Anne Bothwell’s Lament, it is shadowy, sombre but memorable and immensely satisfying. I must remember to prevent myself from going and ingratiating myself with these performers afterwards but it’s always useful, and impressive, to have a quick word about some aspect of the music and, with Myles as with all of them, it turns out they really do know what they’re doing.

Lili Boulanger’s Trois Morceaux pour piano were adventurous, impressionistic but soon rising to a higher emotional pitch in D’un vieux Jardin, noticeably sprinkled with light, as advertised, in D’un jardin clair but I was surprised by Cortege which was a bit too cheery to be funereal. That was the pretext on which I went and ‘had a word’. Of course, one shouldn’t learn foreign words only on the basis of their context. We might be accustomed to corteges being funeral corteges but they are processions more generally. Lili Boulanger, dying at the age of 24, belongs in that sainted group of artists of who we can only imagine what they might have gone on to achieve.

Before her, though, we had two contrasting short pieces by Edward Macdowell whose To a wild rose, yes, did sound more English than American in its melancholy acceptance but I thought Song in changing moods from Sea Pieces evoked folk tunes, the prairies and maybe even Oklahoma at a stretch.

Myles gave great value, beginning a selection from Christopher Norton’s Latin Preludes, two rumbas, a mambo, a samba and a bossa nova, at the advertised finishing time. That’s fine. Several among us would be happy to stay all afternoon. We had by now come a long way from Scarlatti into something akin to jazz and with me so often prone to the loosest associations, there could have been echoes of Keith Jarrett’s old Cologne masterpiece. It might just be me. I sometimes wonder if hearing a line from Demis Roussos in Errollyn Wallen’s Cello Concerto wasn’t taking that a step too far. But the Mambo rocked before the final Samba III auditioned for the job of a show tune.
Share This Post
EVENTS