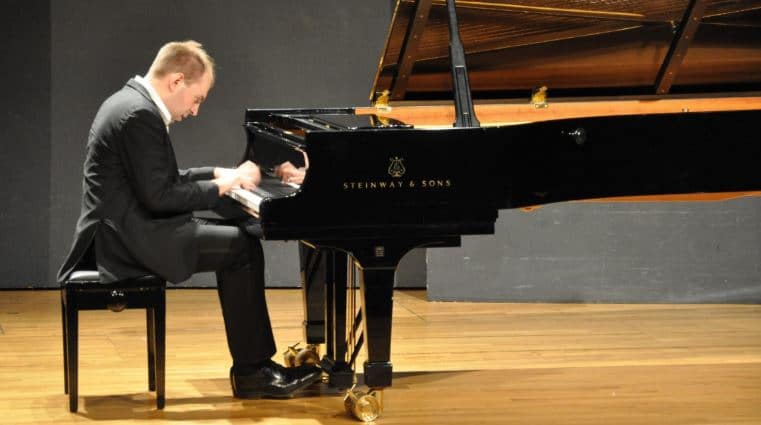 The best-known feature of the Guildhall, the Pompey crest, hung skew-whiff at the end of an astonishing concert given by the Bournemouth Symphony Orchestra. This was a dazzling show, more exciting than a trapeze act and louder than a ten-gun salute.

The concert theme, Unrequited Love, focussed on composers who’d written passionate music after failed love affairs. The marriage between the people of Portsmouth and the BSO has already lasted over 70 years – a marriage to be nurtured.

Rachmaninov’s Rhapsody on a theme by Paganini can almost be played without music, it’s programmed so frequently. But this wasn’t the stale rendition which over-familiarity can produce. It was fresh, lively and scarily fast, with the orchestra clearly loving working with stand-in conductor, Thierry Fischer.

Musicians quickly learn “save the best ‘til last” and Berlioz and the BSO kept us waiting. First, swirling dances and pastoral scenes, then the fantastic climax to his Symphonie Fantastique. Was it the battery of 6 timpani and an enormous bass drum which did for the city’s crest, or the phalanx of 14 brass players (the latter out-doing the blow of Storm Brendan) but both sounds brought shouts of joy from an ecstatic audience.