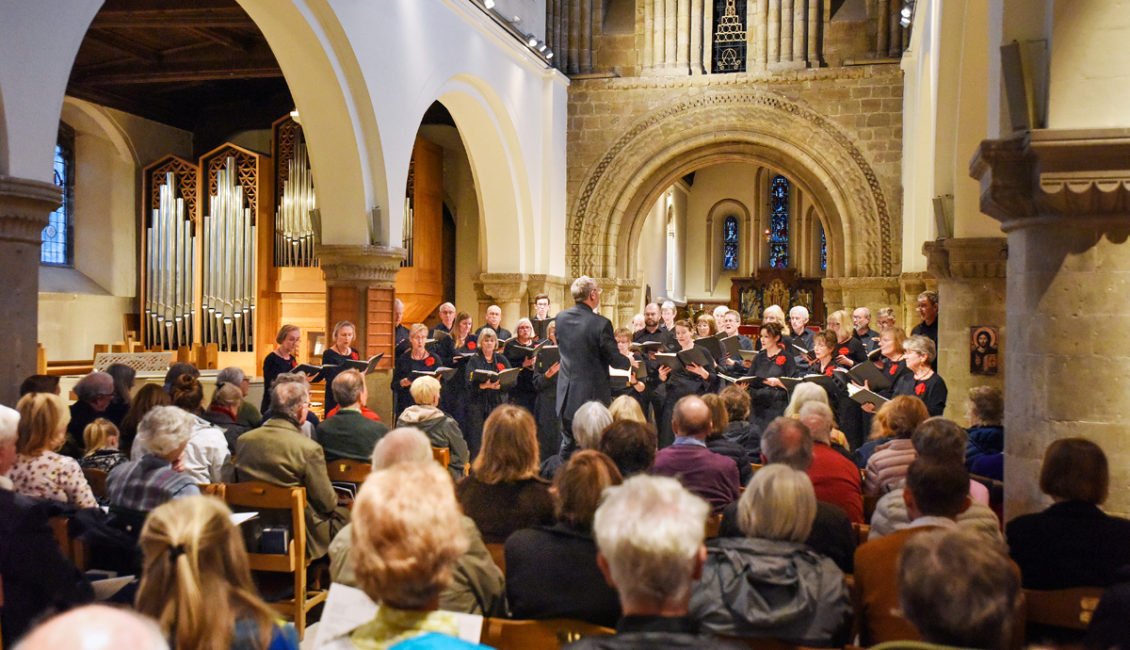 The conductor, Peter Gambie, dedicated this concert to those who had been damaged by the pandemic. It was the first event by the choir since the lockdown and was well-attended. The lavishly illustrated programme detailed Italian Renaissance Masters’ work, both in music and paintings.

The concert began with Palestrina’s Kyrie from Missa Papae Marcelli which showed the lovely tone of this choir and was followed by Assumpta est Maria à 6 with its joyful ‘gaudete’.

The main work was Victoria’s Officium Defunctorum, prepared two years ago, but very apt now, so many having died from the virus. The well sustained, legato singing was a very soothing experience.

The Victoria work continued with dramatic crescendos and edgy tone for the ‘pains of hell and bottomless pit’ section. The Sanctus provided us with a big sound and the Agnus Dei with beautiful tone colours.

After the interval, Victoria’s polyphony continued to entrance us with dramatic episodes in the Libera Me.

Zoë then played three pieces by Alonso Mudarra, who was born in Spain but lived in Italy. The final piece showed unusual harmonies to dramatic effect.

This year marks the 500th Anniversary of the death of Josquin de Pres and he was represented by his motet, Inviolata, in praise of Mary.

Five pieces of street music provided a change of mood, interspersed with contrasting guitar solos. Drum, tabor and recorder accompanied these rhythmical items in which the singers showed their versatility by moving and singing to each other in a lively manner. A quintet sang about the beauty of the lover’s eyes and a nonsense drinking song marked the praises of Bacchus. This section finished with a hilarious piece called Beastly counterpoint to the mind which included the sounds of dog, cat, owl and cuckoo. It provided a rousing finale to the street songs’ section.

As it had begun, the concert concluded with Palestrina’s music, the joyful Regina caeli, laetare with alleluias.

The enthusiastic reception given by the masked audience showed that all were delighted to be back, listening to live music and appreciating the combined talents of these singers. The choir members were equally pleased to be singing in public again, under the able direction of their conductor, Peter Gambie.