Review: “Requiem in a Day” with Matthew Coleridge at Portsmouth Cathedral 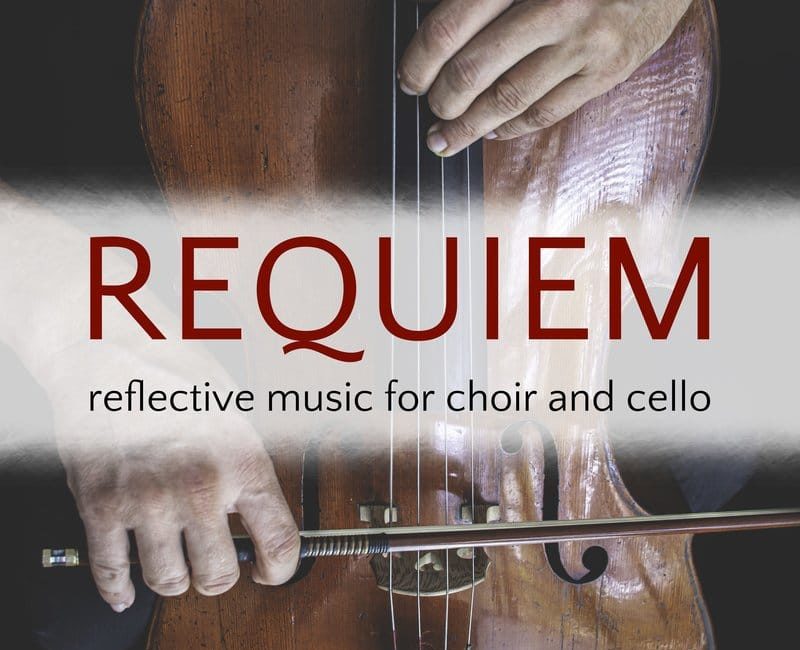 Matthew Coleridge’s Requiem is a recent composition from a young British composer. He says that that he didn’t set out to write a Requiem, but gradually pieced one together from various musical ideas that kept appearing in his head.

It’s melodic and quietly powerful music, which weaves flowing choral melodies with soaring cello lines to form rich tapestries of sound, and has been hailed by the late Sir Neville Marriner as “a valuable addition to the 21st-century choral repertoire.”

I found it of interest to discover what in each of its seven movements inspired Matthew. Some sections were adaptations of instrumental pieces he’d written as an experiment, using clips from various David Attenborough TV series. The cello solo section in the middle of Agnus Dei is an example (lofty mountain grandeur), and the Pie Jesu (minus the soprano solo, which was pasted in later on) is a super-slow-motion clip of a great grey owl gliding across a snowy forest landscape.

The solo cello sings a song of hope whenever the choir are singing about death or hell or sorrow, and it works brilliantly with human voices, because its range matches that of the human voice so well.

Seventy-five singers braved the onset of Storm Ciara to spend a day at Portsmouth Cathedral learning and rehearsing the Requiem prior to a performance in the evening. This was no ordinary “come and sing”: it was led by Matthew himself, who led us with humour, dexterity and encouragement through the work, ably assisted by David Price, Master of the Choristers, first at the piano then at the organ.

Matthew’s interesting personal insights into what had inspired him over a long period brought the work to life. He worked hard to keep the pace going, yet somehow in an informal and relaxing fashion. The work is not without its challenges, requiring both stamina and good breath control, but the in-depth rehearsal ensured that these could be brought to bear. Later in the day we were joined by cellist Sarah Gait and soprano Emily Hicks.

When it came to the evening performance, the tone was set by three pieces: And I Saw a New Heaven by Matthew Coleridge for soprano, choir and cello, Spiegel im Spiegel for cello by Arvo Pärt and Improvisation on themes from Requiem for cello by Sarah Gait.

The Requiem itself is a piece with strong contrasts, from the tranquillity of the Introit, through to the Kyrie, where a tenor drum recalled the sombre marching music associated with the First World War. The work featured the exquisite beauty and panache of the cello, where the instrument provided a contrast to the soaring soprano in the Pie Jesu. This was contrasted by the swelling notes of the organ and choir in the Offertory, and the clashing percussion of the Rex Tremendae. We returned to a sense of tranquil prayerfulness in the final Lacrimosa. The setting of Portsmouth Cathedral suited the performance well.

Matthew said, “it’s a fantastic experience – and very powerful emotionally – for singers to go from complete strangers to performing in front of an audience in the space of about 10 hours. The singers rose to the occasion and gave a terrific performance, helped by the Cathedral’s glorious acoustic and the wonderful professional musicians we were working alongside.”

As a singer, it certainly felt like a big achievement to spend one day learning one splendid work. Many thanks to Matthew, David, soloists and all the singers.

Matthew’s Requiem in a Day tour continues throughout 2020, giving singers an opportunity to perform this deeply moving and powerful music in some of the country’s most inspiring churches. See https://www.matthewcoleridge.com for further information.