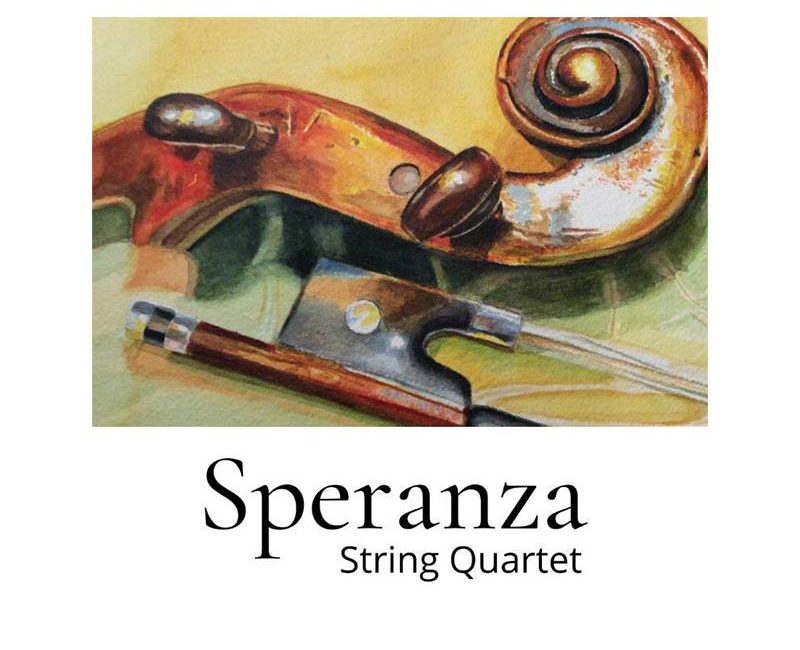 Speranza String Quartet was formed in 2017 by four Hampshire-based music graduates. Violinists Cathy and Sue both studied at the Royal Northern College of Music. Cathy leads Havant Symphony Orchestra and Sue leads Basingstoke Symphony Orchestra. Janis and Wendy are music graduates from Lancaster and Cardiff universities respectively. Janis performs with The Consort of Twelve and Wendy is currently involved in a recording project in Turkey!

All four perform regularly with SouthDowns Camerata and have enjoyed performing premières of new works by composers such as Dorry Macaulay and Lucy Flint.

Speranza String Quartet gives recitals predominantly in the south of England, but also has strong links with Wales (Wendy and Sue having grown up there) and particularly enjoys its biennial recital tours of north and mid-Wales (though not necessarily the journey there and back). They have performed in venues as diverse as the National Physical Laboratory Teddington and the Explosions Museum Gosport!

Sue Bint (violin) studied violin and piano at the Royal Northern College of Music graduating GMusRNCM (Hons), and later MA in Music Education with Distinction. Sue divides her time between her private teaching practice, Speranza String Quartet, leading the Basingstoke Symphony Orchestra and examining for ABRSM in the UK and internationally.

Wendy Lowe (cello), read music at Cardiff University, studying cello with Sharon McKinley. She worked with the Welsh Sinfonia and the contemporary theatre group “Moving Being”. Wendy collaborates on projects with Dorry Macaulay and plays with Solent Symphony Orchestra and SouthDowns Camerata. 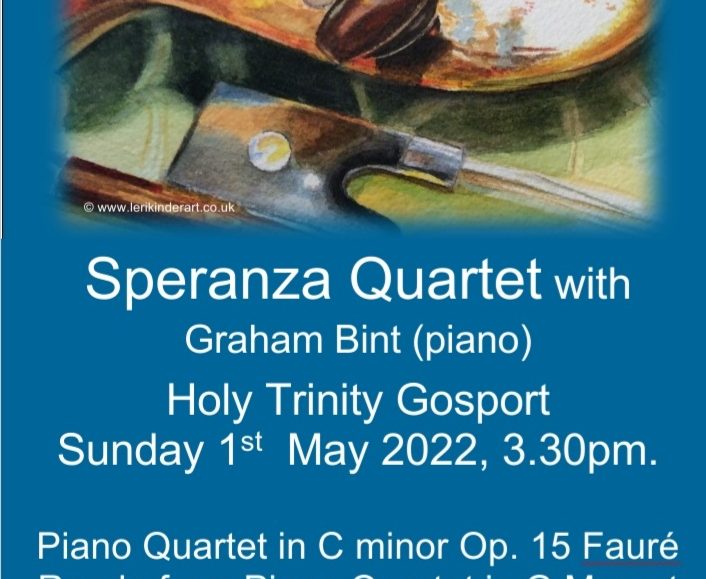 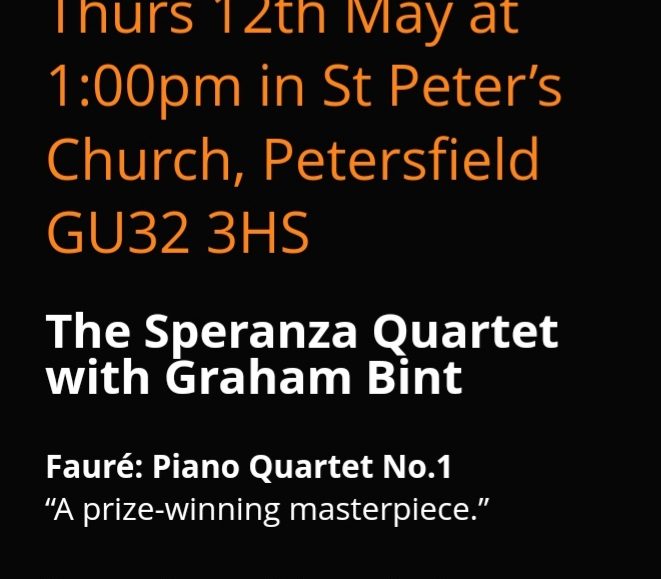 Expired
The Spirit of Music Festival: The Speranza String Quartet with Graham Bint
Read a review. The Speranza Quartet (piano, violin, viola and cello) comes to St Peter’s Church in Petersfield Square for a free concert of Fauré – The Piano Quartet No.1 in C minor, Opus 15. Despite being in a minor...
We use cookies on our website to give you the most relevant experience by remembering your preferences and repeat visits. By clicking “Accept All”, you consent to the use of ALL the cookies. However, you may visit "Cookie Settings" to provide a controlled consent. Read More
Cookie SettingsAccept All
Manage consent