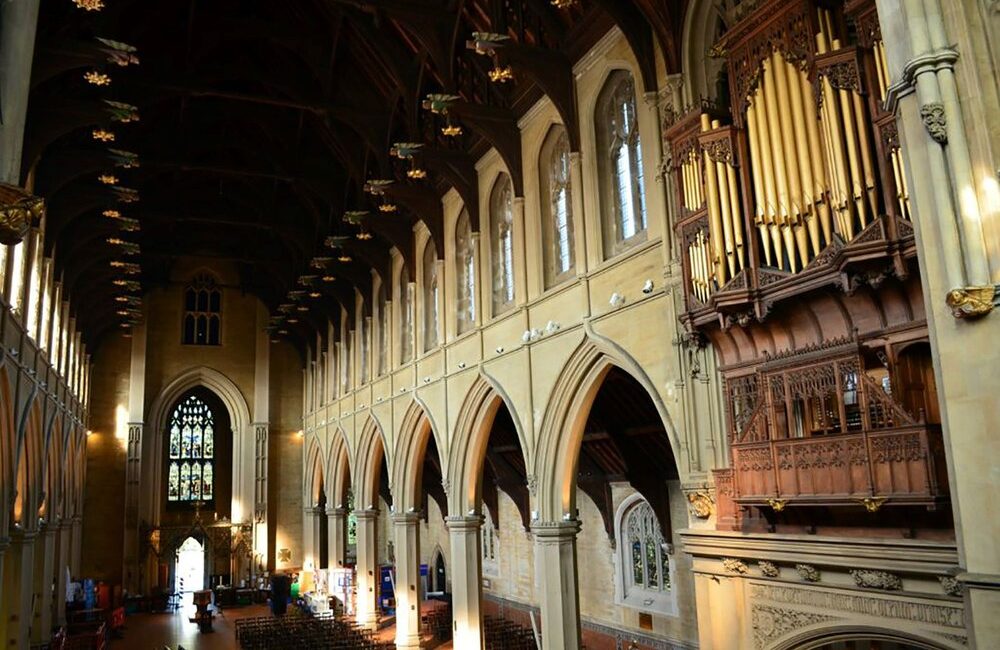 Portsmouth Choral Union is thrilled that their next concert, entitled ‘Organ Spectacular’, will involve the newly restored organ of St. Mary’s Church Portsea.

Choir and organ will be heard together in the ‘Messe Solennelle’ by French composer and organist Louis Vierne. This melodious work, originally written for choir and two organs, will be heard in a newly prepared version for choir, organ and string orchestra.

Organ Concertos, unlike those for piano and violin, rarely become regular concert favourites. However the one by Francis Poulenc has achieved just that and it is easy to see why: it is dramatic, tuneful, rhythmic and witty, and an excellent piece to highlight the refurbished organ.

For this concert, which takes place on Saturday 23rd July, the organ will be played by Daniel Cook (organist of Durham Cathedral). The concert, which begins at 7.30pm, will also include works by Parry and Bairstow. David Gostick will conduct, and orchestral accompaniment will be by Southern Pro Musica.