The Chamber Music of Ralph Vaughan Williams at Ports Fest 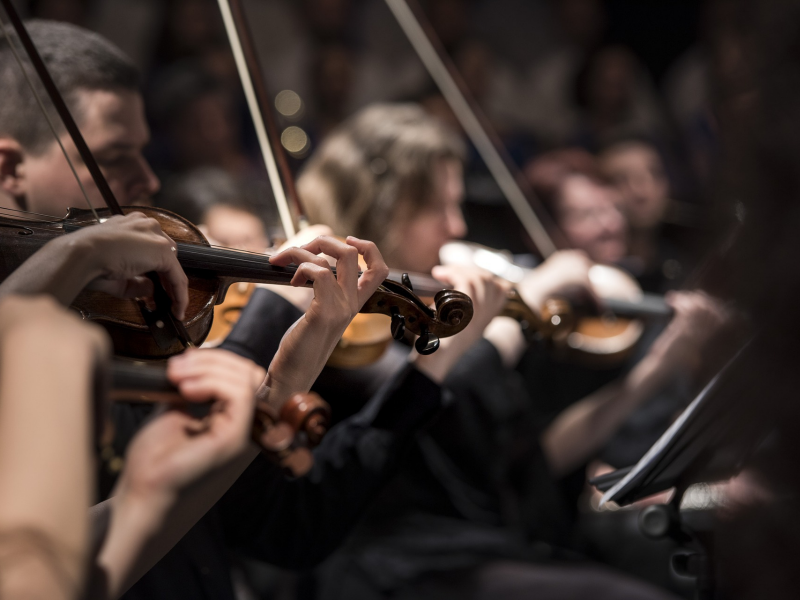 Ralph Vaughan-Williams would have been 150 this year had he lived and so we’ve not been short of programmes marking the event. Ensemble Pastorale has given it some thought, though, and gave a rare outing to some lesser-heard pieces. Soprano, clarinet, French horn, vln/vla, cello and piano is not a configuration one gets the chance to hear often and we didn’t quite hear them all at once. And ‘pastorale’ is the word for much of Vaughan-Williams, his birthplace, Down Ampney, nestling in the Cotswolds and lending its name to his famous hymn tune.

That was roughly where we began, with the Suite for Viola and, here, Piano with Lis Peskett immediately finding the rich tone of the viola and Karen Kingsley playing the orchestra. I’ve been unsuccessfully trying to pair composers with comparable poets in recent weeks but might have decided on Vaughan-Williams and Thomas Hardy this evening, when one never feels too far from hearing echoes of one’s lark, or the other’s darkling thrush, and the time-torn ambience of rolling, rural England.

We were soon taken out of any familiar comfort zone, though, by Stefanie Read’s wordless soprano accompanied by Robert Blanken’s clarinet in Three Vocalises. Written in 1958, the last year of his life, they are an extraordinary departure from what one expects from V-W. However many guesses one was given, and one might tentatively begin with Schonberg before ever getting the composer. Stefanie filled the St. Mary’s acoustic in an abstract but thrilling way, sometimes merging with and at others separating from the clarinet and one could be forgiven for being taken aback by both the composition and the performance. We could also be grateful for being reminded that the voice is a musical instrument which can be easy to forget.

Karen then played three short Birthday Gifts, the first warm, the second Winter Piece chillier and the Pezzo Ostinato like a lullaby alternative to the Listen with Mother Faure Berceuse with apologies to any teenagers who don’t know what that means.

Six Studies in English Folksong brought out Emma Sharrock with her cello from which she straightaway brought out of it a sure, sonorous tone, which made the ache in these lyrical pieces tangible and only enhanced the cello’s place as by some way my favourite instrument until As I Walked Over London Bridge raised the tempo to a jauntier jig.

In the second half, Stefanie returned to sing three songs, which included the manifesto of spirited outdoor adventure, The Vagabond, which is no rarity and entirely lends itself to her operatic sense of drama, before she left the five non-vocal instrumentalists to play the Quintet in D major.

Written in 1898, when Vaughan-Williams was 26, one would again have no chance of guessing the composer if you didn’t know. In poetry terms, he was perhaps still ‘searching for his own voice’. It’s a disconcerting confection of ideas apparently going in several directions at once. My first speculative attempt at identifying the composer might have had to be Erik Satie ( !!! ). It’s full of ideas and I’m sure Ensemble Pastorale, having rehearsed it, find more sense in it than me on first hearing. The clarinet is redolent of jazz, Lucy Brown’s fine clarity on the horn riff bringing to mind a leitmotif from Wagner. It was the horn that made some sense and imposed some order at the end of the Andantino before it sprang into a mercurial finale. One’s chances of hearing that again in a live concert are next to nothing and so I  was very glad of it.

It is a wonderful thing that musicians like Pastorale are dedicated enough and clearly enjoy their music enough to present programmes like this which are not ‘mainstream’ at all. Vaughan-Williams is not a favourite composer of mine. It’s a very competitive field and the Top 20 is hard to get into even for musicians of great genius. V-W is never going to be a candidate for mine and yet an evening such as this was a treasure, packed with imagination, superb musicianship and with a couple of crazy surprises.

I want them to know that it is all worthwhile, that there are some of us out here who enjoy hearing them as much as they enjoy playing. I was supported in that view by someone I spoke to on the way out.

Please keep up the great work.