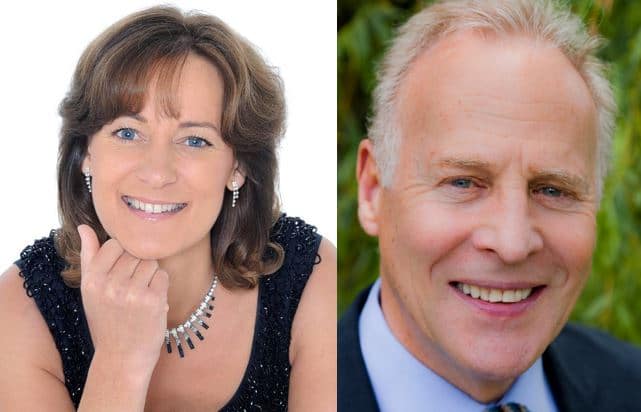 A special seasonal treat of words, music and complimentary mince pies is heading Chichester’s way when the Festive Jazz Café takes off in the atmospheric setting of historic St John’s Chapel on Wednesday, 11th December.

The event is in aid of next year’s Festival of Chichester and a scintillating cast of performers will take the stage with a package of seasonal delights.

Headline guest is Mark Wynter, actor and 60s singing icon, who had a number of top twenty hits to his name. Mark has appeared extensively on screen and stage, including Phantom of the Opera, Cats, Sweet Charity and a recent starring role in the West End with Dreamboats and Petticoats.

Chichester audiences will remember Mark for his starring role as Henry V in Chichester Festival Theatre’s production of the Shakespeare classic. Mark is currently on a major tour of the Hitchcock thriller, The Lady Vanishes. He will be performing seasonal readings from favourite writers.

There’s mellow jazz from the eight-piece jazz band, the much-loved Sussex based Jazz Smugglers. Expect all your favourite jazz standards from singer Maria Ball and the band. Jazzy versions of Christmas songs and carols are also on the menu.

Poet Maggie Sawkins, the winner of the Ted Hughes Award, will be reading some of her recent inspiring poetry. Maggie’s lively performance style is always a hit with audiences.

Performing alongside Gareth and David is Emily Rose Smith, whose credits include Goblin Market for Andrew Lloyd Webber’s Sydmonton festival, Canaries Sometimes Sing (London and Antibes), Dr Faustus with Sam West and Chekhov in the Festival of Chichester.

Festival Co-ordinator Barry Smith said, ‘We’re absolutely delighted to have the support of these fantastic performers who all have Chichester connections and have appeared in our Festival. Audiences can be sure of having a great time and getting the Christmas season underway in swinging style as well as helping support next year’s Festival. All proceeds will go towards the 2020 Festival so it’s an opportunity for people to enjoy themselves knowing they are also supporting further treats next summer.’