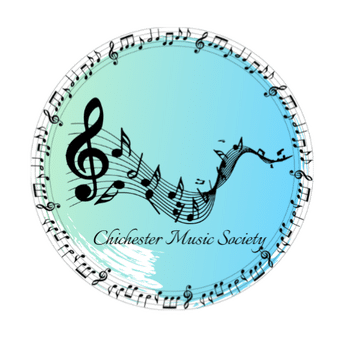 The Funtington Music Group has been formally re-launched as Chichester Music Society.

​In October 2019, the FMG Committee proposed that we should change the group’s name to the Chichester Music Society. We have a real affection for our current name but strongly believe that changing to Chichester Music Society is much more relevant in relation to where we meet and the majority of members live, and will assist us to increase our membership by appealing to a wider audience from across the Chichester area. A motion to formally change our name was put to the membership at this year’s AGM on 11 March 2020 and overwhelmingly supported by members.

The aim and traditions of the group remain unchanged – to provide members with excellent musical performance and the opportunity to extend their musical knowledge and understanding, and to support the musical careers of students at the University. Since 2004 a total of £90,000 has been awarded in prizes, musical instruments and bursaries.

The Funtington Music Group takes its name from the West Sussex village where Robert Headley, its founder, lived. Robert retired there in the 1980’s and established the music group which met in the music room of his house, Funtington Lodge. From an informal group of friends getting together to listen to recorded music and having a discussion over a cup of coffee, the group developed into having live music with artists talking about the instrument and the music played.

In 1992 the group formally became The Funtington Music Group, holding regular lecture-recitals at Funtington Lodge and following Robert’s death in 2003 the group accepted the generous invitation of Ben Hall, Head of Music, to meet in the (then) College Chapel. The group has continued to offer an annual programme of excellent lecture/recitals for its members and guests and support the musical development of students at the university through the Robert Headley Fund, our registered charity.