The Renaissance Choir, Protest Against Oppression 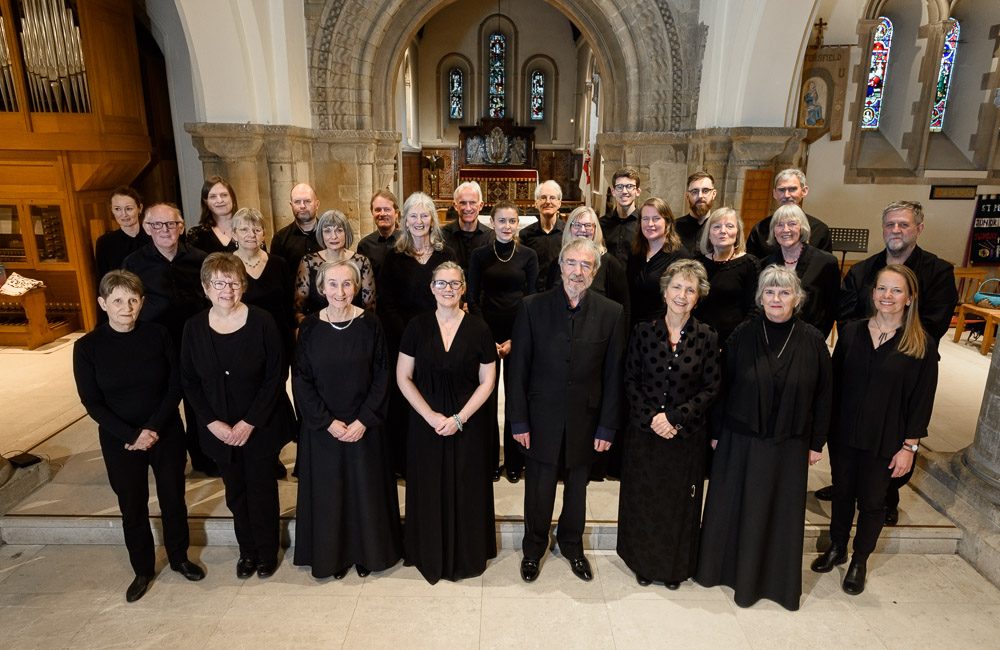 The Renaissance Choir, Protest Against Oppression, Church of the Holy Spirit, Southsea, July 9

The range of music on this evening’s programme in Southsea served among other things to be indicative of the wide range of oppression suffered throughout history, and it goes on. All these pieces, then, were acts of resilience and undaunted optimism.

Starting from behind us, Peter Gambie, the genial host and conductor, introduced Lysenko’s A Prayer for Ukraine which was a soulful and contemplative beginning before the seasonal Sumer is icumen in was both processional and a ’round’.

Short pieces by Dowland, Sheppard and Dering were ‘rebellion in action’. Flow my tears extended hyperbole in the premise that,

Happy, happy they that in hell
Feel not the world’s despite.

Paul Hindemith left Germany in 1938, his wife being part Jewish and his music, as far as the Nazis were concerned, ‘degenerate’. Karen Kingsley, piano, and Rob Blanken, clarinet, as the Monington Duo, were jaunty and subversive in the shifting rhythms of his Sonata in music far too dizzying and vibrant for totalitarians.

There was a Taverner long before there was a Tavener and a Peter Philips some 350 years before the Tallis Scholars. Taverner’s Dum Transisset Sabbatum was expansive with the sopranos powerful and making good use of the re-verb of the Holy Spirit acoustic, which was a benefit throughout. It is a fine venue, one of the best in the area, for that. In the Philips and the Lamentations of Robert White, the choir were smooth and flawless before William Byrd bestrode the interval like a colossus.

Solve Jubente Deo was full and upbeat, opening the kingdom of heaven to the blessed before the break but after it, surely the stand-out item was the Ne irascaris Domine, the choir spaced out, as it were, for its hypnotic adagio. Art is always bigger than doctrine and sectarianism and Byrd’s music will always override whatever one thinks of his religion even if that’s why he wrote it. But I had a second-ever moment of recognizing my very favourite Francois Couperin when, bless me, Jer-u-sal-em at the climax is exactly as it is in the Lecons de Tenebres. The first time that happened was in the string quartet Tenebrae by Osvaldo Golijov that quotes Couperin but perhaps he in turn knew the Byrd.

You can’t really follow that without doing something completely different. John Rutter’s Feel the Spirit is seven alternatingly vibrant and darker settings of gospel songs from American slavery. Done with the most honourable of intentions, Melissa Wingfield is a fine singer in her own right without being Mahalia Jackson, Rob might almost have been Sidney Bechet and, having heard Karen play several different types of piano, that hadn’t included anything approaching ‘stride’ until tonight.

Motherless Child was ghostly. Ev’ry time I feel the spirit went from chapel to full gospel. Bass Andrew Dickinson was the strong current of Deep river while the choir lapped the river bank in his wake. But one could see what was coming and then it did, with all available resources brought together for a tour de force When the saints go marching in, not even needing Kenny Ball when it could rock and sway, even down to the detail of a silvery glint of moonlight on the cymbal by percussionist, Tim Boxall.

I really wasn’t expecting anything like that but as the great Errollyn Wallen makes a point of not recognising musical boundaries, neither should we expect the Renaissance Choir to go no further than Josquin des Prez. Boundaries are what oppressors are in favour of. In favour of extending their own while reducing everybody else’s.

I only remembered to go to this an hour before it started. I’m glad I did. As ever, the enjoyment of seeing and hearing what these good people do is only multiplied by how much they clearly enjoy doing it.