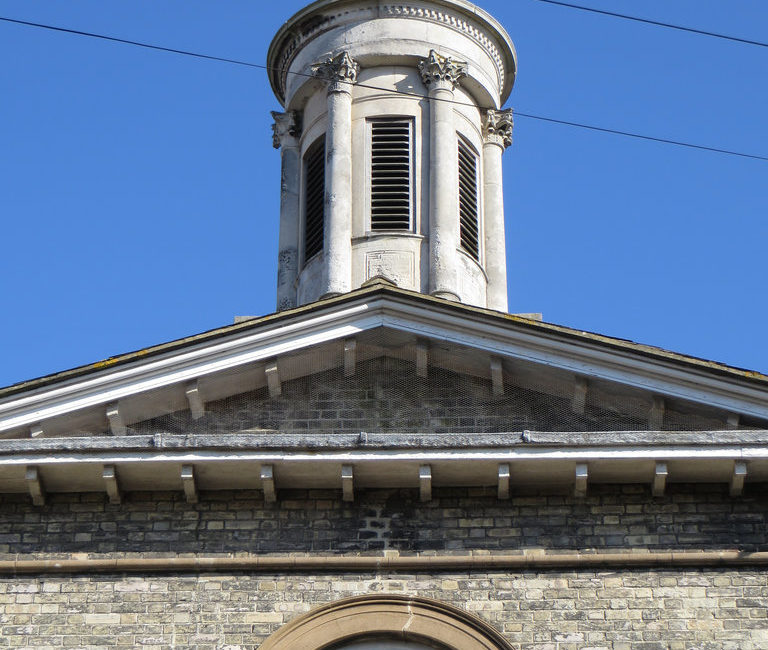 St John the Evangelist’s Church is a redundant Anglican church. Built in 1812 to the design of James Elmes as a proprietary chapel, the octagonal white-brick ‘evangelical preaching house’ reflects the early 19th-century ideals of the Church of England’s evangelical wing before High Church movements such as the Cambridge Camden Society changed ideas on church design. The Diocese of Chichester declared it redundant in 1973. Although worship no longer takes place in the building, its theatre-like design has made it a popular venue for concerts and musical events. The church is a Grade I Listed building.

St John the Evangelist’s Church was designed according to an ‘extreme Low church plan’ in which an enormous central pulpit was the focus for the congregation and the altar was so insignificant that it ‘dwindled to a kind of kitchen table’. The height and prominence of the pulpit ensured that the preacher could see all worshippers, and they could see and hear him.

Share This Venue
Leave a Comment
Cancel Reply
Venue Details
Venue Map
We use cookies on our website to give you the most relevant experience by remembering your preferences and repeat visits. By clicking “Accept All”, you consent to the use of ALL the cookies. However, you may visit "Cookie Settings" to provide a controlled consent. Read More
Cookie SettingsAccept All
Manage consent